Should I Get a Japan Rail Pass? Things to Consider Before You Buy

Planning a trip to Japan? If so, then you’ve probably heard about the Japan Rail Pass. The Japan Rail Pass (also known as the JR Pass) is a discount pass for transportation services run by Japan Railways Group, otherwise known as JR. This pass gives you unlimited access to all Shinkansen (except Nozomi and Mizuho), JR Bus lines excluding express buses, and the JR WEST Miyajima Ferry.

The JR Pass comes in 7, 14, and 21-day types and costs 29,110, 46,390, and 59,350 yen respectively for an ordinary adult pass. Considering that it typically costs an adult 26,800 yen for just one reserved seat round-trip ticket between Tokyo and Kyoto via the Hikari or Kodama Shinkansen, JR Passes are obviously a great deal.

But is a JR Pass the most effective way to save money on transportation based on your travel plans? Let’s take a look at who might benefit from having a JR Pass and those who might save more using other options.

The JR Pass is a great deal for anyone who wants to travel between prefectures quickly and in comfort. It’s a must for anyone planning on doing the Golden Route (Tokyo - Kyoto - Hiroshima - Miyajima). You could also modify your route to explore areas like Akita or Aomori Prefectures which usually fall outside of typical travel plans. Or, use it to take advantage of the new Shinkansen route from Tokyo to the city of Kanazawa in Ishikawa Prefecture.

Who might not benefit from a JR Pass
■ Those planning on traveling between only two major stations (e.g. Tokyo and Kyoto)
■ Those planning on doing a long stay in just one city
■ Those who think they will often use local transportation other than JR services (i.e. subway and private rail lines, city buses, etc.)
■ Those who would rather travel cheaply even if it means spending more time in transit

If you're planning on traveling via Shinkansen between just two major stations, it is a good idea to check the price of a round trip ticket versus the JR Pass. Which is more cost effective will depend on your destination as well as your travel itinerary. For example, a regular round trip ticket will be cheaper than the price of the JR Pass when traveling between Tokyo and Kyoto as well as from Tokyo to Kanazawa. On the other hand, it's more cost effective to use a JR Pass if traveling between Tokyo and Hiroshima or Shin Kobe.

However, taking a LLC (Low Cost Carrier) flight from Narita Airport to Hiroshima is even cheaper than the JR Pass! There are usually several ways to get to major cities, so it pays to plan ahead and check prices.

Another thing to keep in mind is that JR Passes cannot be used for transportation services other than those operated by JR. So if you’re planning on exploring just a few cities rather than traveling throughout Japan, it’s a good idea to look into the local transportation situation in your destinations as not all places have extensive JR transportation networks.

Kyoto is a good example of a city with limited JR transportation. While the JR Pass gives you free access to great locations like Uji, Fushimi Inari Shrine, Arashiyama, and nearby Nara Prefecture via JR rail lines, there are not many JR lines that run inside the city proper. Popular spots like Kinkaku-ji (the Golden Pavilion), Kiyomizu-dera, Gion, Heian-jinja Shrine, and many more are accessible via subway, bus, or private railway lines.

Also, many cities or areas offer shuyu tickets, otherwise known as excursion tickets. These passes give you unlimited access to certain transportation services in designated areas for a set number of days. Below are just a few of the options available.

For those who’d like to visit several prefectures while keeping costs to a minimum, night buses are a great option. While prices vary based on departure date, bus type, and season, night buses will typically get you where you’re going for a fraction of the price of the Shinkansen. Check out Japan Bus Lines to search the routes of multiple bus companies and make online reservations.

In conclusion, the Japan Rail Pass is a great option available to those traveling in Japan, but it certainly isn’t the only one. Research local transportation in your destinations, check for any excursion or special discount tickets, and consider your budget before placing your order!

Should I Get a Japan Rail Pass? | DiGJAPAN! 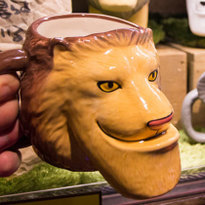