Tokyo has plenty of art museums and galleries, but there’s only one where you can spend the night. 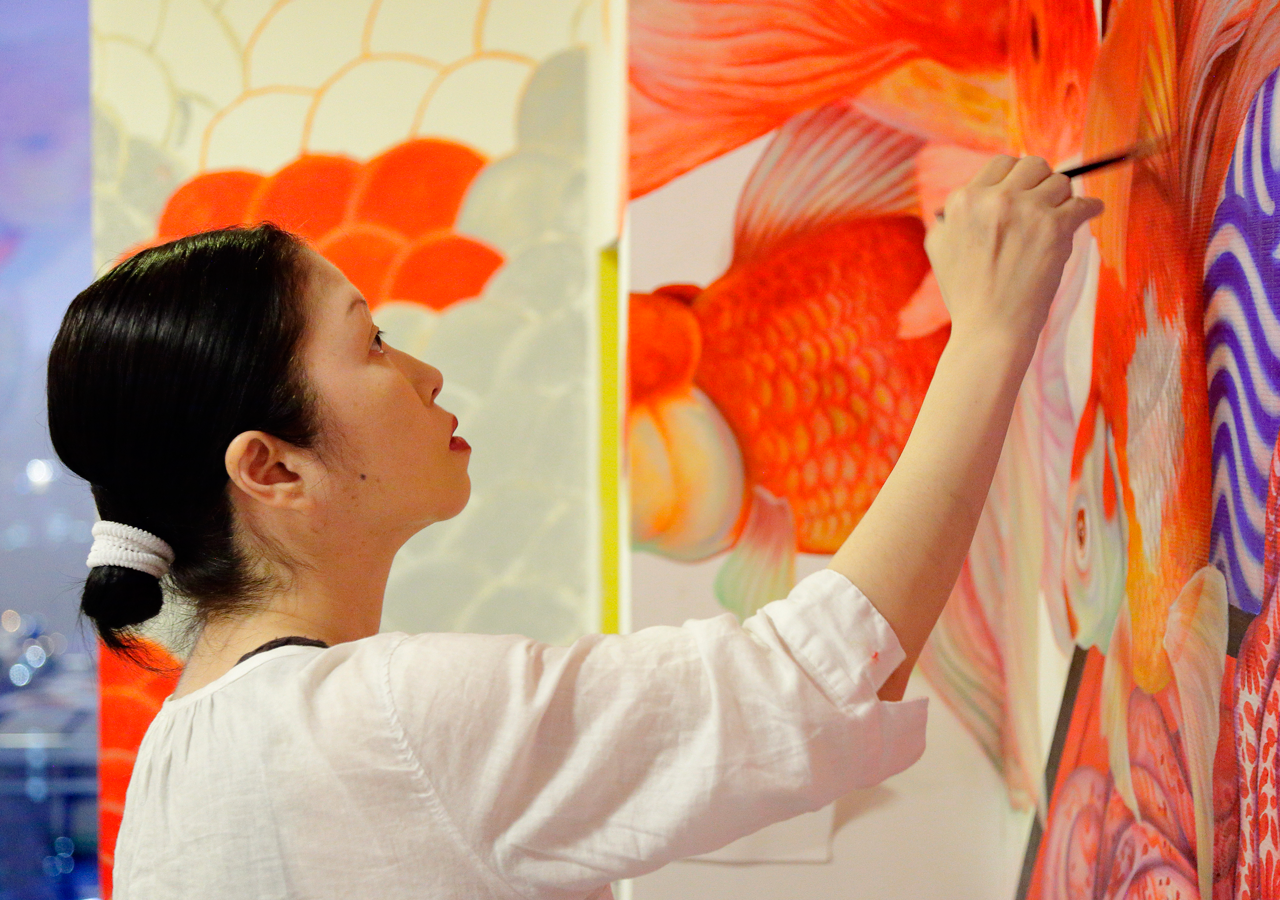 In December 2012, the four-star Park Hotel Tokyo began its Artist in Hotel project where an artist is given free rein to decorate an entire guestroom on the 31st floor. In so doing, these rooms become private galleries for the lucky guests who stay there. 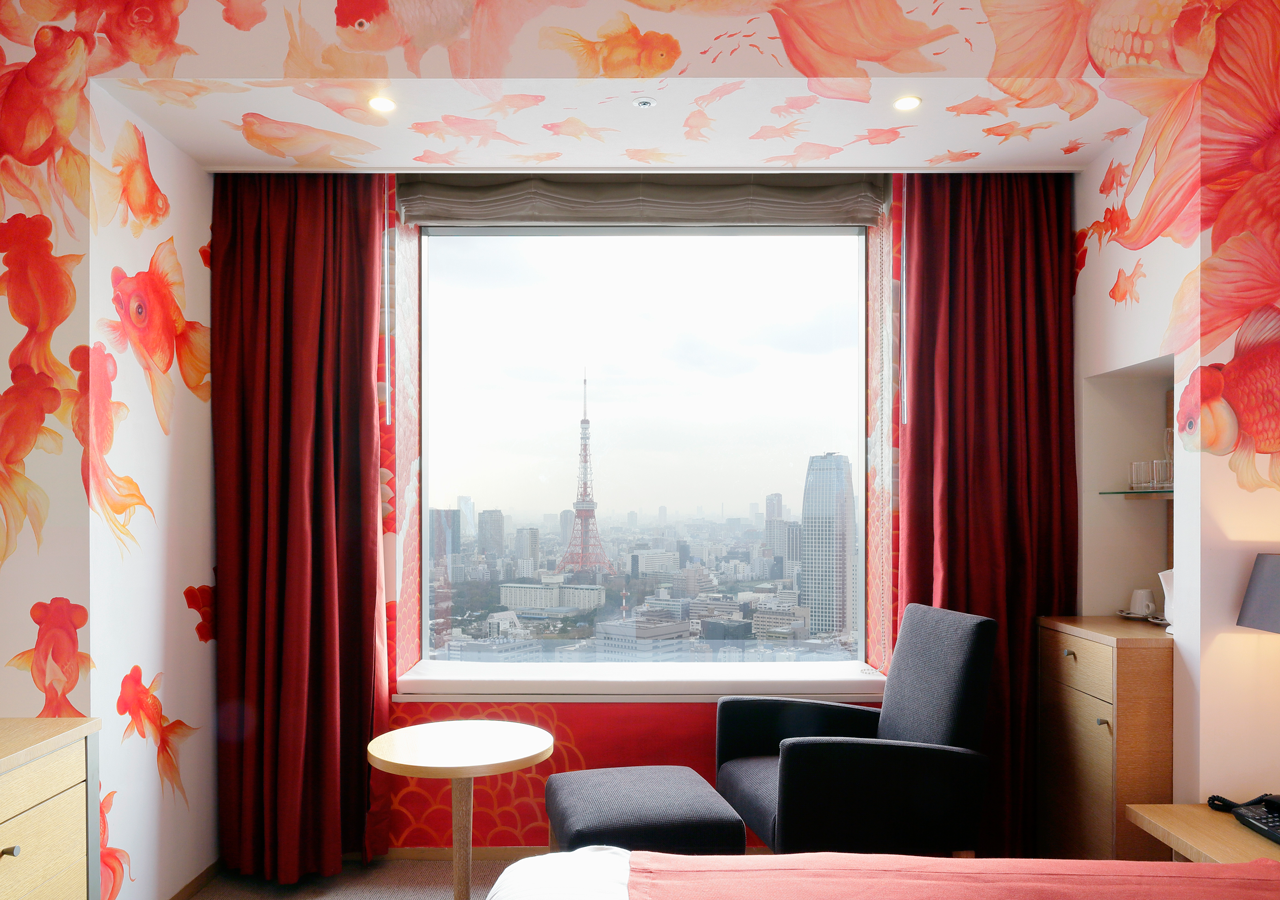 Narita said that looking out at the city from the room made her feel as if she was in an aquarium. This inspired her to create her artwork, "Geisha Goldfish."

When artist Aki Narita was invited to the Park Hotel in July 2014, she said she "felt like [she] was inside an aquarium" when she looked out the window. Using this as inspiration, Narita spent the next seven months painting bright red goldfish on the walls and ceiling. Not regular goldfish, though. Geisha goldfish. 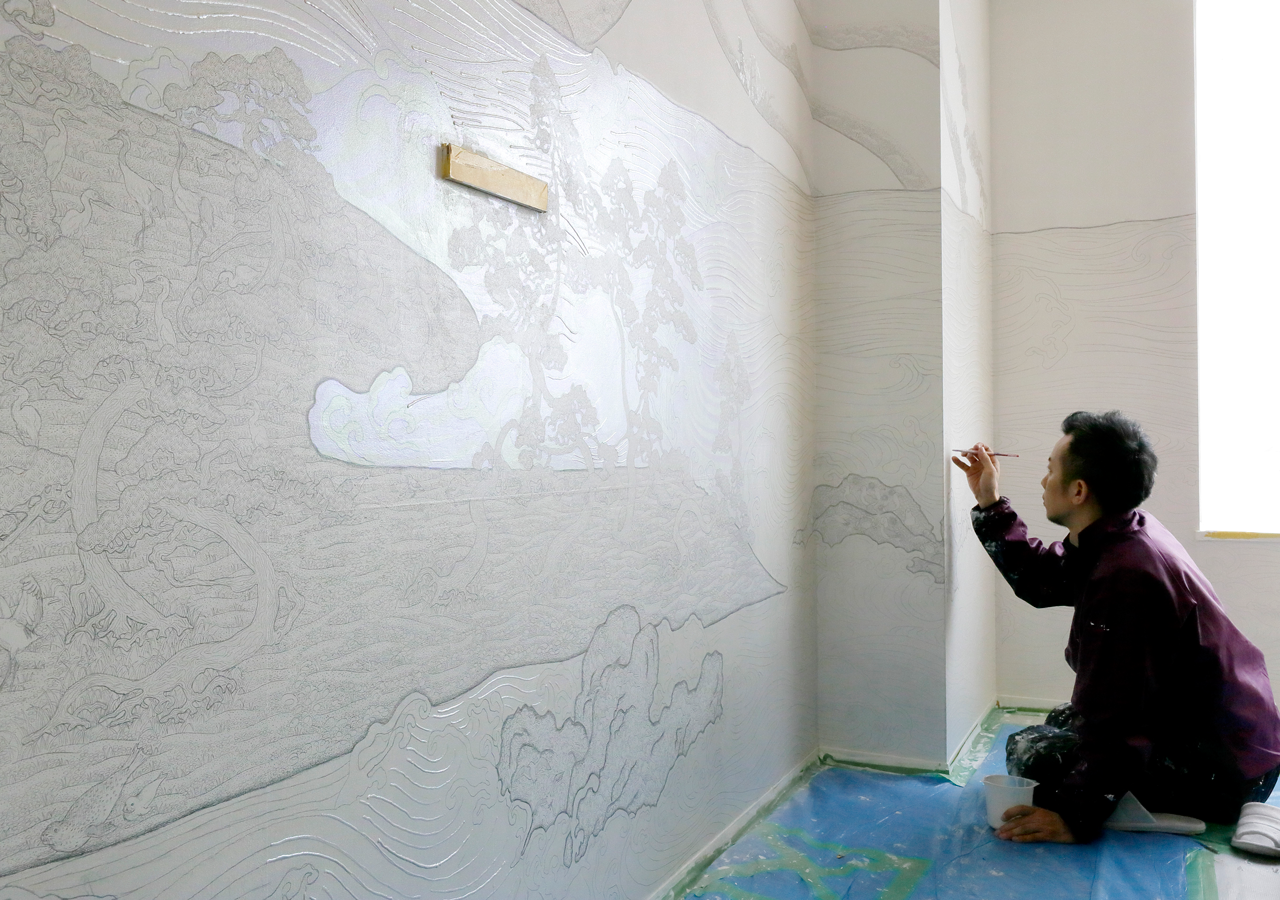 Artist Junji Yamada sketches his design on the walls of the guestroom.

Instead of looking out on the city and thinking of fish, artist Junji Yamada noticed how the seasons and the time of day made the buildings of the city look different. For his room, he chose a four-season design from a folding screen in Kongo-ji Temple in Osaka. He first sketched the design in pencil on the walls before painting it so that its appearance would change depending on the light. 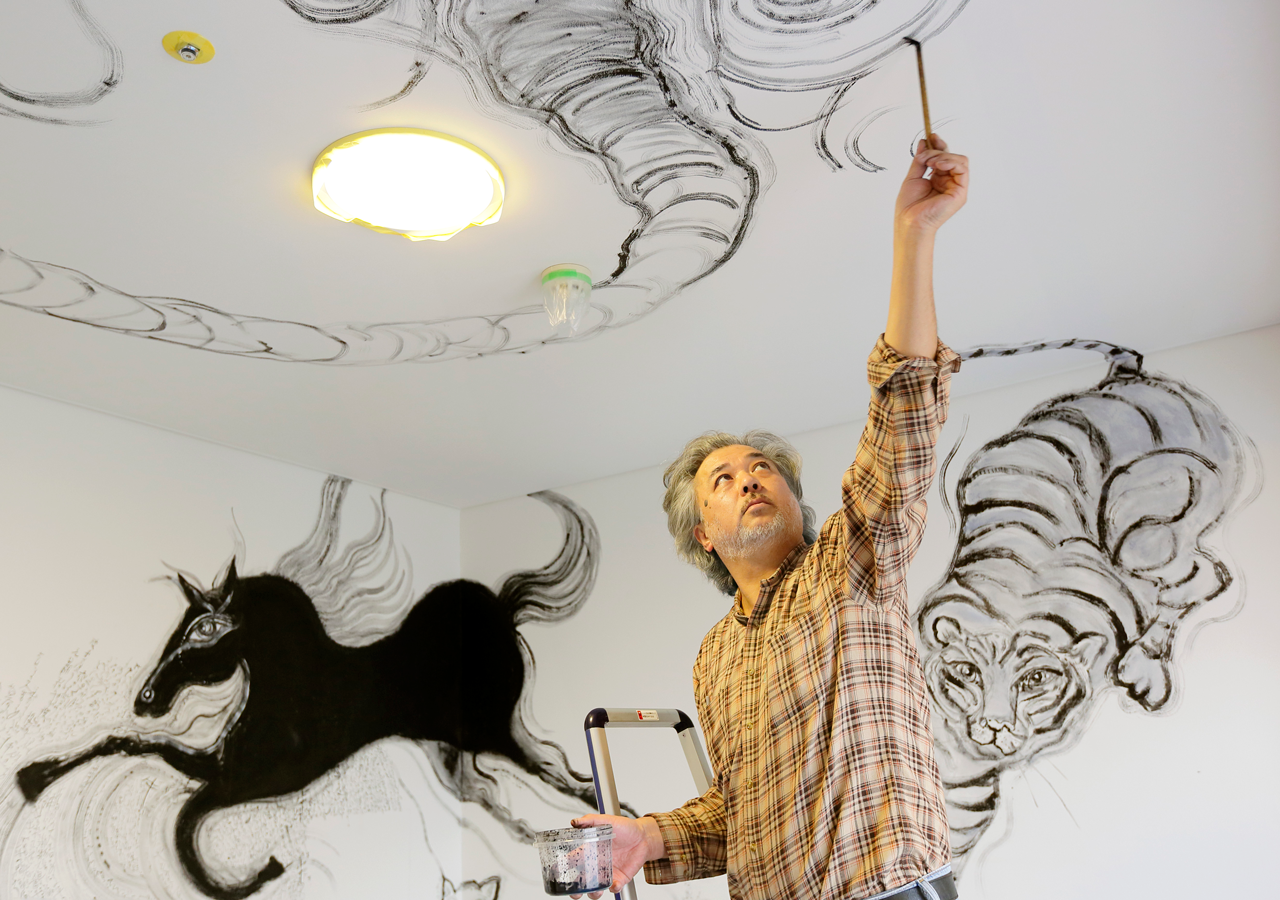 Though the guestrooms are effectively the same in terms of design, the differences in the way they inspire each artist is profound. There are currently seventeen finished rooms on the 31st floor, and each one is unique. The Park Hotel plans to have the remaining rooms on that floor completed by 2016. 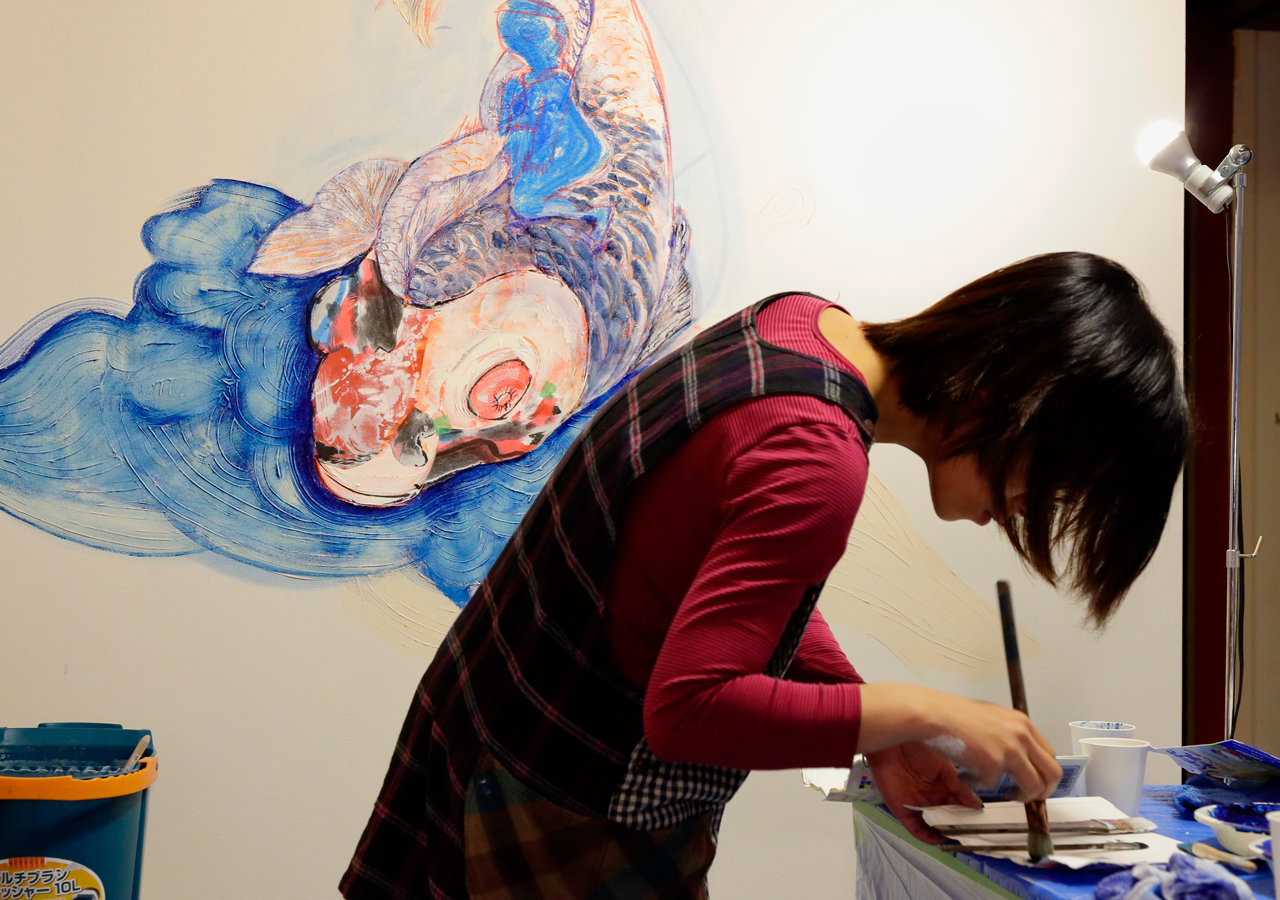 Artist Yoko Naito chose carp, which she sees as the embodiment of “improvement, progress, and prosperity,” as the theme of her room.

The Park Hotel hopes to convey Japan’s cultural appreciation for beauty to its guests by incorporating artwork throughout their hotel. If planning a stay in Tokyo, why not enjoy a night relaxing with some amazing art in the comfort of your own room?