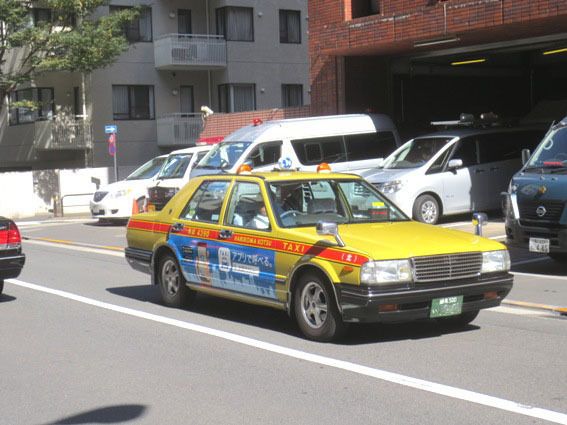 Taxis in Japan can be found along arterial streets in cities and at terminal stations, hotels, and airport taxi stands. There are small and medium-sized taxis where you tell the driver your destination, as well as large sightseeing taxis where passengers pay a flat fee and choose a set amount of time or course to travel.

Taxis that run through city centers can be hailed by raising your hand to one displaying a sign in the front windshield with the kanji 空車 (kusha) which means "vacant." You can also call to have a taxi come to a specific location at extra charge. Taxis on the way to a specified location show a sign that says 迎車 (geisha) meaning "en route."

Taxis charge a flat rate for a certain distance after which your fare will increase every few hundred meters. Fair increases even when the taxi is stopped in traffic. Fares differ by region and taxi company.

Sightseeing taxis are large vehicles with luggage space and are good for traveling for extended periods. Fares are usually based on time traveled, with routes determined by discussing with the driver about your desired destination and traffic conditions.

Using a Taxi in Japan 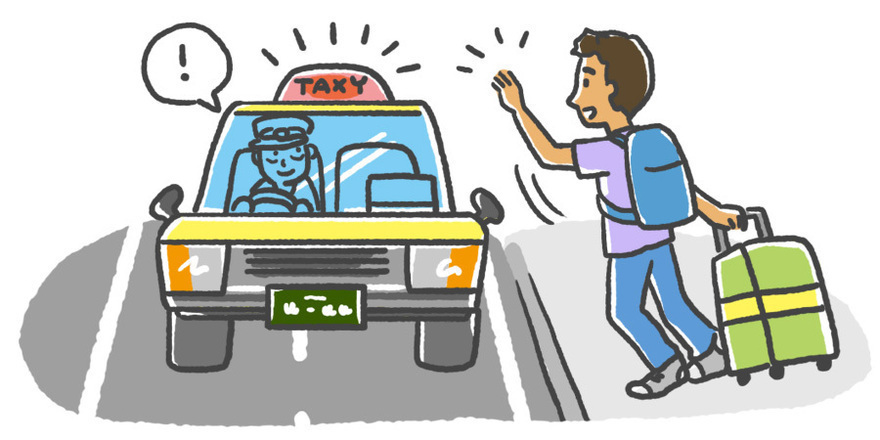 ① Hailing a Taxi
When you see a taxi with the 空車 (kusha) or "vacant" sign lit, raise your hand to signal it to stop. Taxis displaying a sign reading 迎車 (geisha), meaning "en route," or 貸切 (kashikiri), meaning "reserved" and so on are busy with other customers and will not stop. 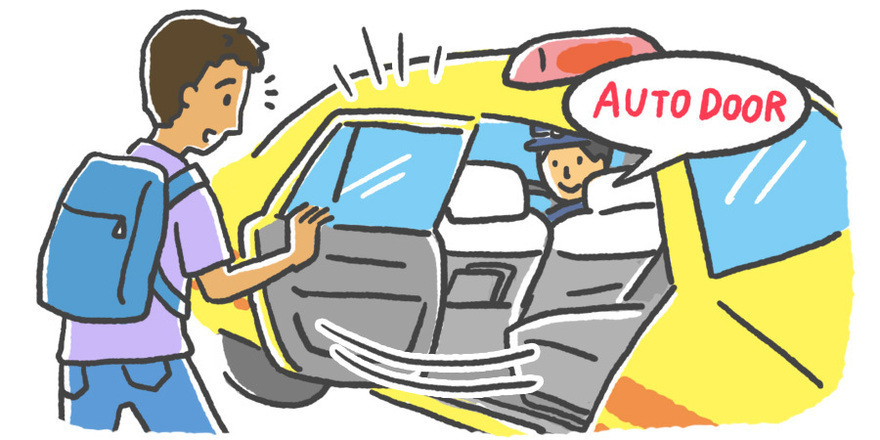 ② Getting Into a Taxi
Japanese taxis have automatic doors. Approaching them suddenly can be dangerous. Do not open them by yourself. Passengers generally sit in the back seats, but the front passenger seat may be also be used in the case of large groups. Front passenger side doors are opened manually. 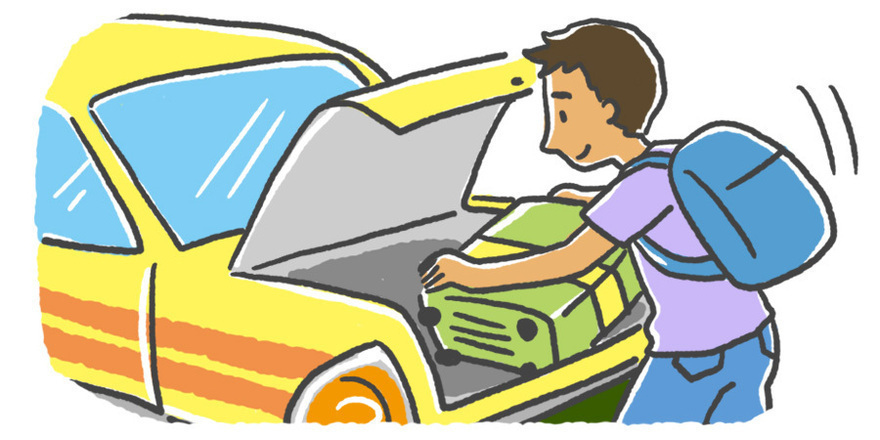 ③ Putting Belongings in the Trunk
Suitcases and other luggage are placed in the trunk. Drivers will open the trunk if asked. 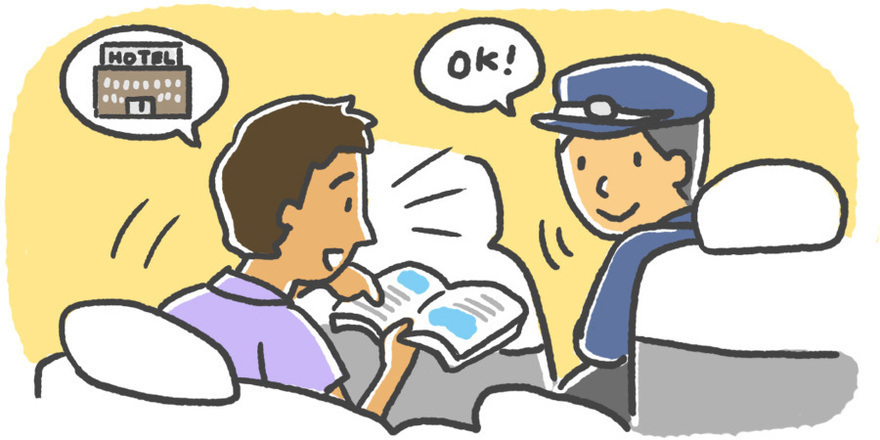 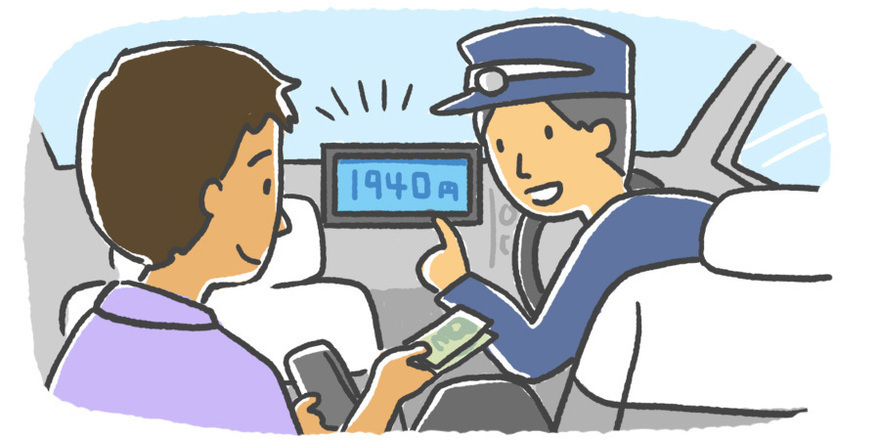 ⑤ Paying the Fare
Your fare will be shown on the fare meter on the taxi's dashboard. Fares are generally paid in cash, but there are also taxis that accept credit cards. If you need a receipt, tell the driver to give you one. Having a receipt is extremely helpful in case you forget something in a taxi, so it's always a good idea to take one. Once you have paid your fare, exit the taxi. Again, the driver will open the door for you. When removing your belongings from the trunk, first wait for the driver to open it.

※Multilanguage taxis
Many taxi companies in Tokyo and Kyoto have English-speaking staff. Reservations can be made via e-mail or telephone. Some taxi companies can also provide an interpreter-guide to accompany passengers including those who can speak in languages other than English such as Chinese, Korean, and so on. A call to a company's operator can provide more information.