Enjoy the Colors of Japan: Fall and Winter Edition

Japan is a country of vivid color. Each of the four seasons takes a turn painting the landscape with its own unique hues. Learn where to go for the must-see reds, whites, yellows, oranges, and blues of Japan. 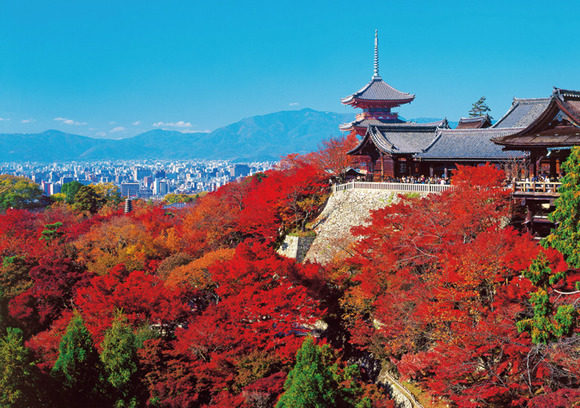 The World Heritage Site of Kiyomizu-dera Temple is an absolute must for autumn leaves in Kyoto. The leaves begin to turn red starting in mid-November. By the end of the month, you can look out over a stunning sea of red maple leaves from the balcony of the temple. There are also nightly illuminations of the scenery starting at 6:30pm that you wont want to miss! 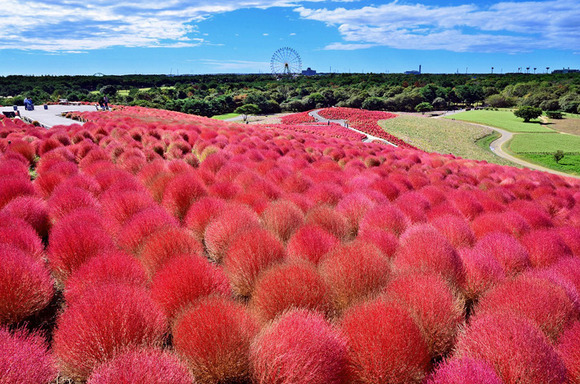 Hitachi Seaside Park has a total of 350 hectares of four season gardens, making it a great place to visit any time of year. But if it’s reds you’re looking for, then don’t miss the kokia or tree cottons on Miharashi Hill in the fall. These squat, fluffy-looking shrubs change from bright green in the summer to bright red in the fall. You’ll be staggered by the sheer number of these cute little plants. 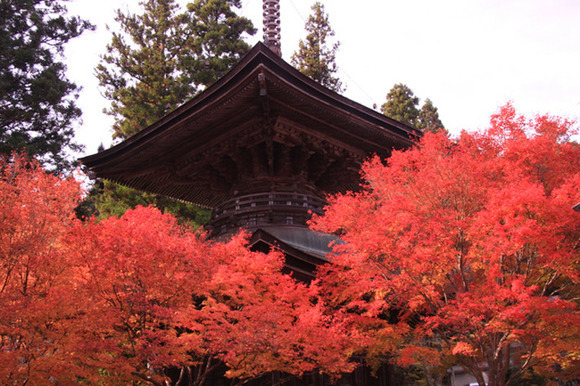 2015 marks the 1200th anniversary of the foundation of the Shingon sect of Buddhism at Mt. Koya by the monk Kobo Daishi. The tranquil woods surrounding the area are a wonderful place to enjoy the colors of fall. Particularly lovely is the Jabara-michi, or “Road of Bellows,” which is lit up at night. 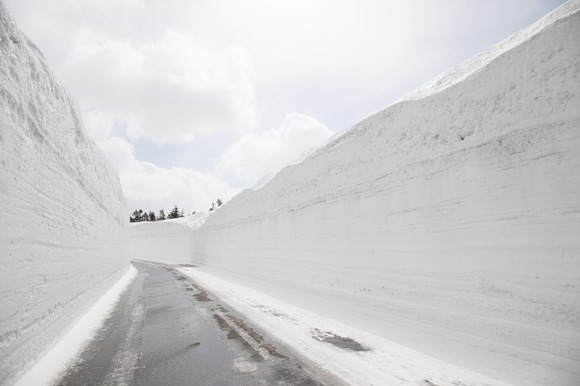 The area of Hakkoda in Aomori is covered by snow for one-fourth of the year. The snow that is cleared from the roads builds up little by little until it reaches an incredible height of over 16 feet! These “snow walls” have become a tourist attraction. Each year when the Hakkoda-Towada Gold Line opens, many visitors come to enjoy a scenic drive. 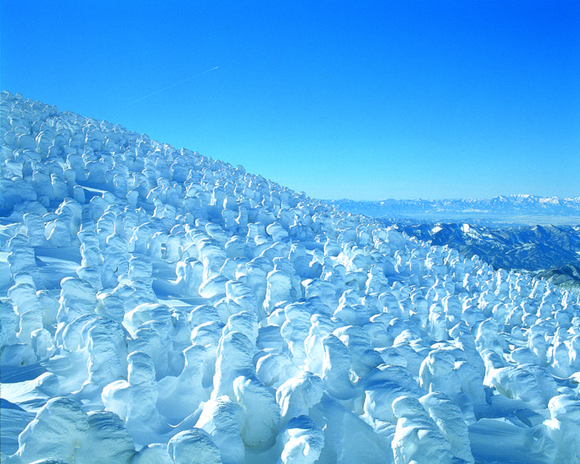 Unique weather conditions and natural vegetation come together to create this natural masterpiece along the Zao mountain range. What you see here are trees and other plant life covered in soft rime, which is similar to hoar frost. You can enjoy this powerful scenery from an observation deck which offers a 360 degree view of the area. The trees are lit up starting at 5:00pm, making them glow white against the pitch-black sky. 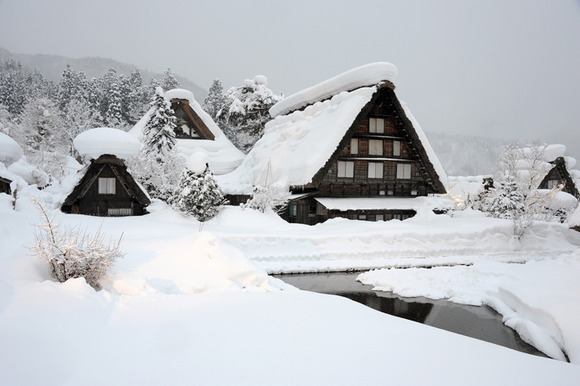 Shirakawa-go was registered as a UNESCO World Heritage Site in 1995. From the observation deck, you can enjoy the area’s unique style of traditional architecture known as gassho-zukuri. The area is lit up for a few days on the weekend between January and February, casting a gentle glow on the snow-covered village. 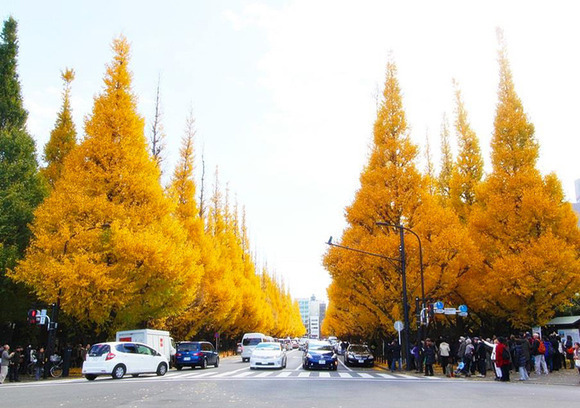 The towering ginkgo trees of Gaienmae are regarded as one of the best spots to enjoy the fall in Tokyo. Spanning nearly 300 meters, 146 ginkgo trees flank the street that leads to the Meiji Memorial Picture Gallery. Head there early in the morning on a weekend when there’s little traffic for an amazing picture. 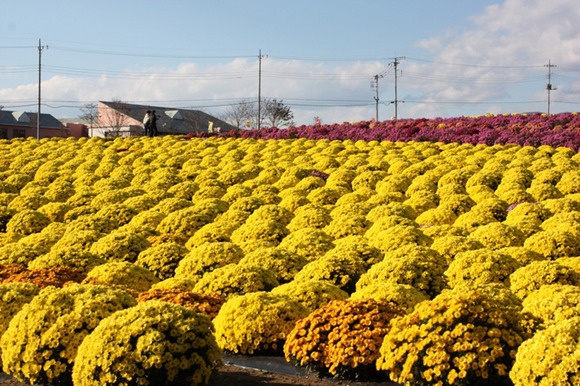 Some 22,000 mini chrysanthemums and 3,000 salvia plants dot the hillside of the Mini Chrysanthemum Park, located near Mt. Minegishi. Parking and entrance to the park are free, so you can take your time and enjoy the multitude of vivid yellow flowers. 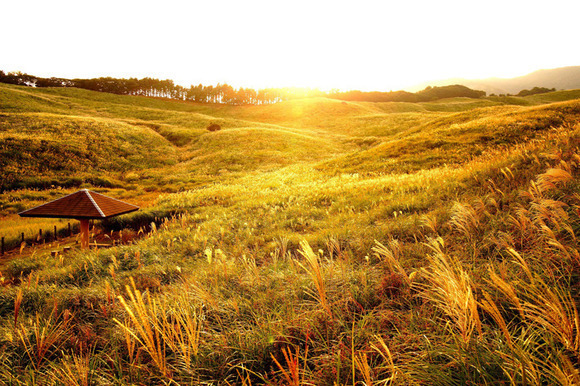 The Izu Inatori Plateau welcomes you to Shizuoka with hundred of acres of golden pampas grass swaying in the wind. This gorgeous area offers a view of the towering Amagi mountain range, Sagami Bay, and, far in the distance, the Izu Islands. This is a perfect place for a leisurely hike. 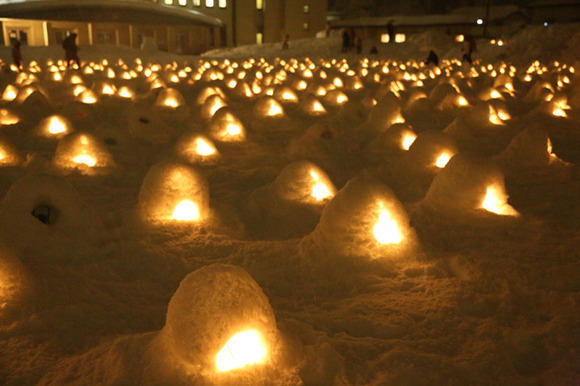 The Yokote Snow Festival is held annually on February 15th and 16th. There you can see kamakura, or rooms carved out of snow. In addition to kamakura large enough to enter, there are also countless mini kamakura with lit candles inside. This is part of the traditional culture of Akita, handed down from generation to generation. The Janosaki Bridge and Yokote South Elementary School yard offer great views of the kamakura quietly lighting the cold winter night. 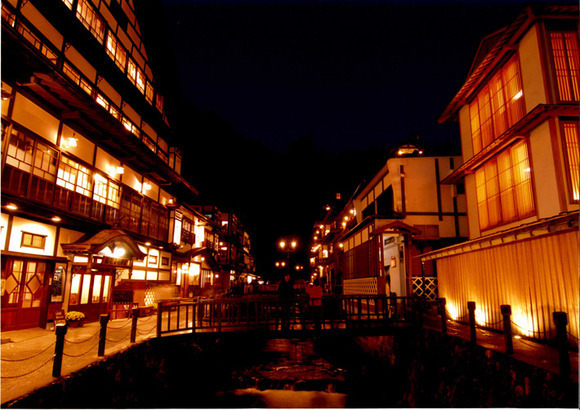 Ginzan Onsen is a wooden ryokan, or Japanese-style inn. The construction of the buildings, which span multiple stories and flank either side of the river, began in the Taisho Era and finished in the Showa Era. Given the scale of the buildings, it’s not surprising that it is known as the “town of hot water.” When the sun sets and the gas lamps are lit, this nostalgic scenery takes on a gentle orange glow. 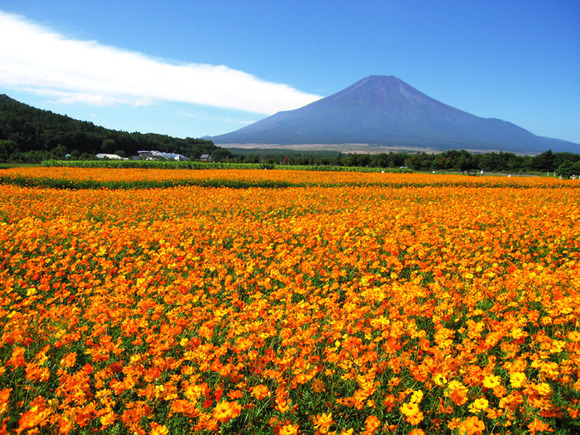 The Hana no Miyako Park is located on the banks of Lake Yamanaka at an altitude of 3,280 feet. There is no entrance fee for the 300,000 square meter outdoor area where you can enjoy a variety of flowers such as
tulips in spring, sunflowers and zinnias in summer, and cosmos in autumn. The silhouette of Mt. Fuji standing proudly in the distance makes for some beautiful scenery. 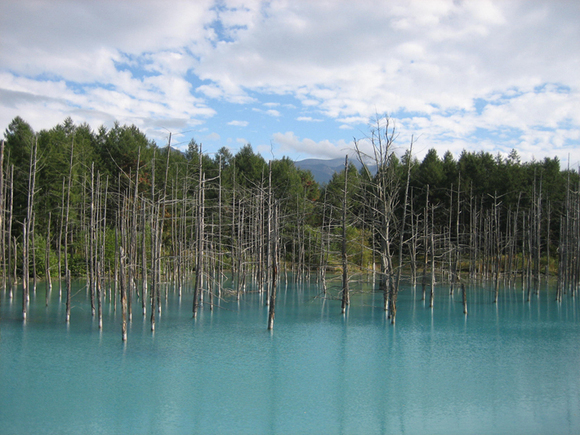 There are many examples of mysterious scenery around the majestic Tokachidake Mountain Range. One of these is the Shirogane Blue Pond. Often described as a vibrant light blue or cobalt blue, the exact shade depends both on the season as well as the angle from which it is viewed. 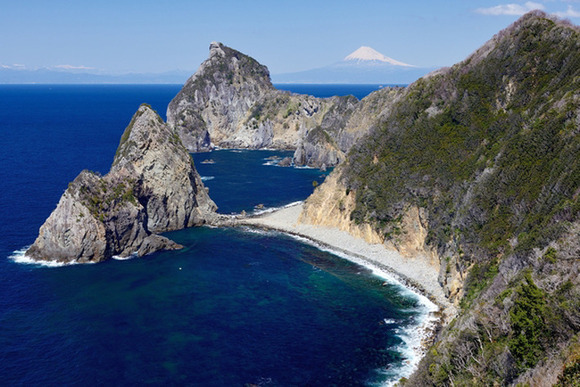 Jutting out from the southern sea of Kumomizaki is Senganmon, a giant rock formation produced by volcanic activity. What makes this formation unique is that Senganmon has a hole in it, giving it the appearance of a mon, or gate in Japanese. Its rugged appearance is a striking contrast to the smooth sides of Mt. Fuji visible in the distance. You can get up close and personal with Senganmon by taking a sightseeing boat across the cobalt blue sea. 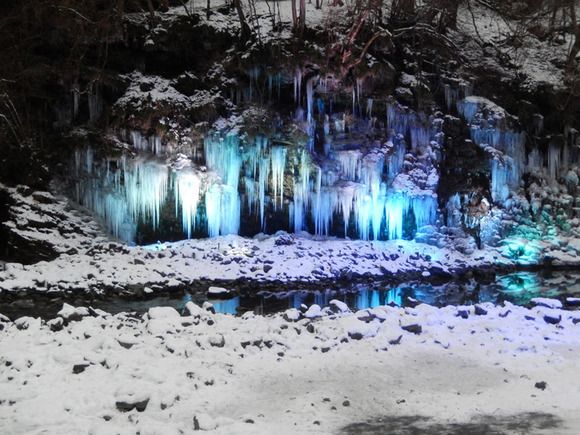 The beautiful icicles of Misotsuchi are born from the harsh environment of Inner Chichibu. The spring water flowing from the mountains that rise perpendicularly along the Arakawa River freezes during the cold of winter, creating thousands of icicles. It is illuminated with colored lights during the annual Otaki Ice Festival.

Be sure to check out vol. 2 to learn about even more great places to experience the beautiful colors of Japan.

THIS ARTICLE IS BASED ON INFORMATION FROM 12 01,2015 Author：DiGJAPAN! Editorial Team