Instead of always looking off into the distance to find beautiful scenery in Japan, try looking at your feet! Many Japanese cities, towns, and villages have manhole covers that are printed with different designs. Not only are decorative manhole covers a creative way of adding an artistic touch to a sidewalk, they also often reveal interesting facts about the area in which they’re located. Here are just some of the many manhole covers to keep an eye out for while traveling through Japan. 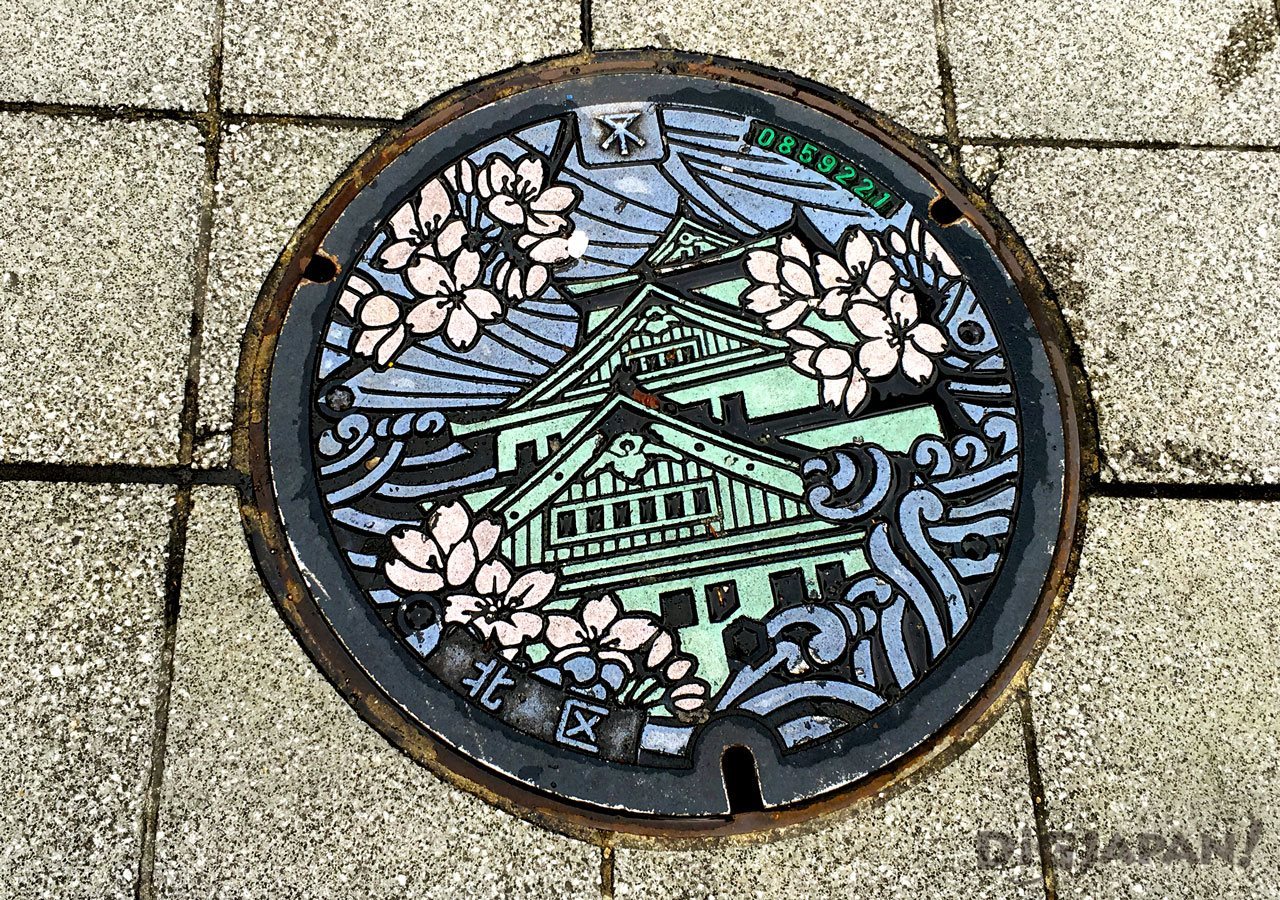 Here is an example from Osaka. This cover has a very Japanese design featuring images of Osaka Castle and sakura, the city flower. This design was chosen by popular vote in 1994. 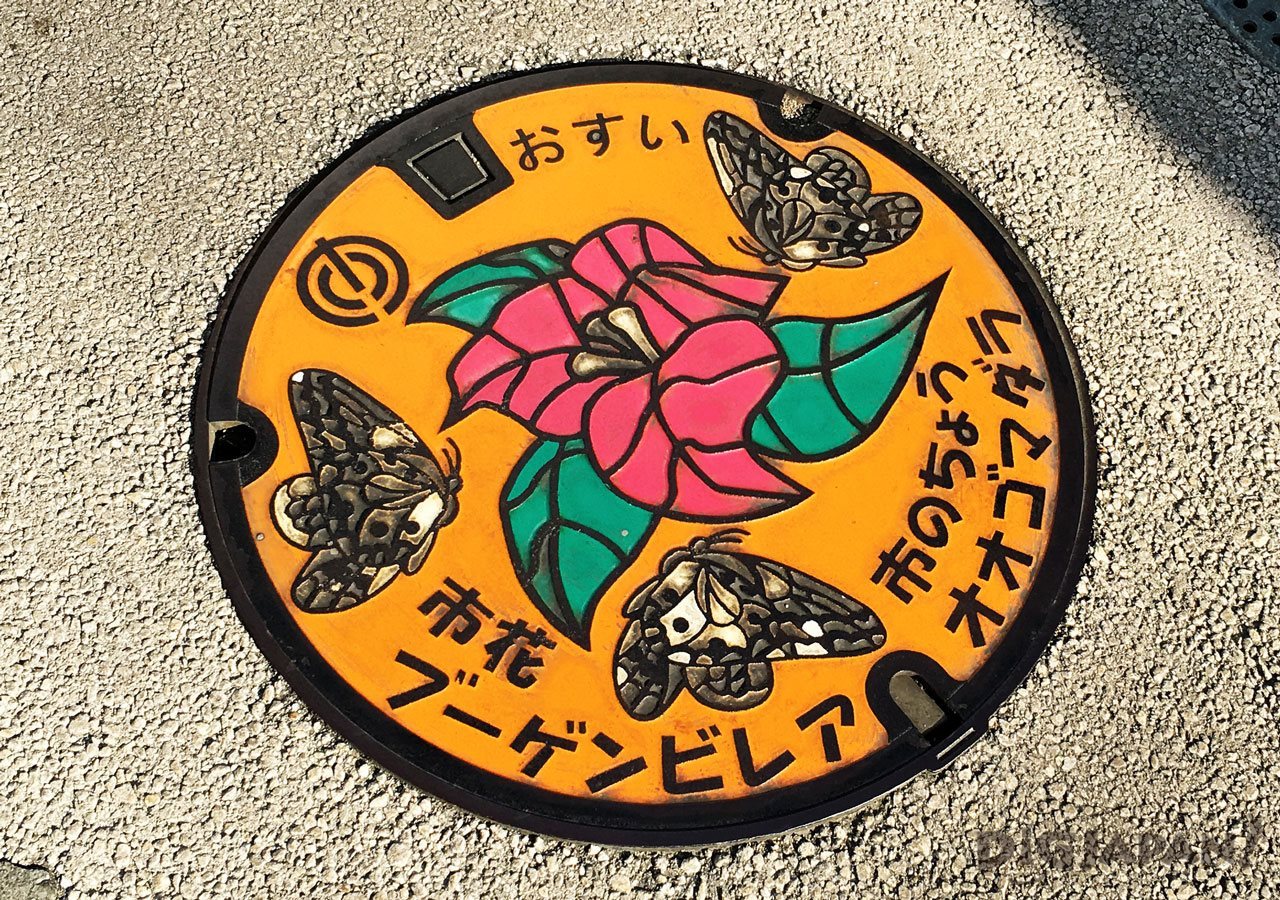 This brightly colored cover from the city of Naha in Okinawa is perfect for a tropical island. On this cover are the city flower, bougainvillea, and the city butterfly, the tree nymph butterfly. 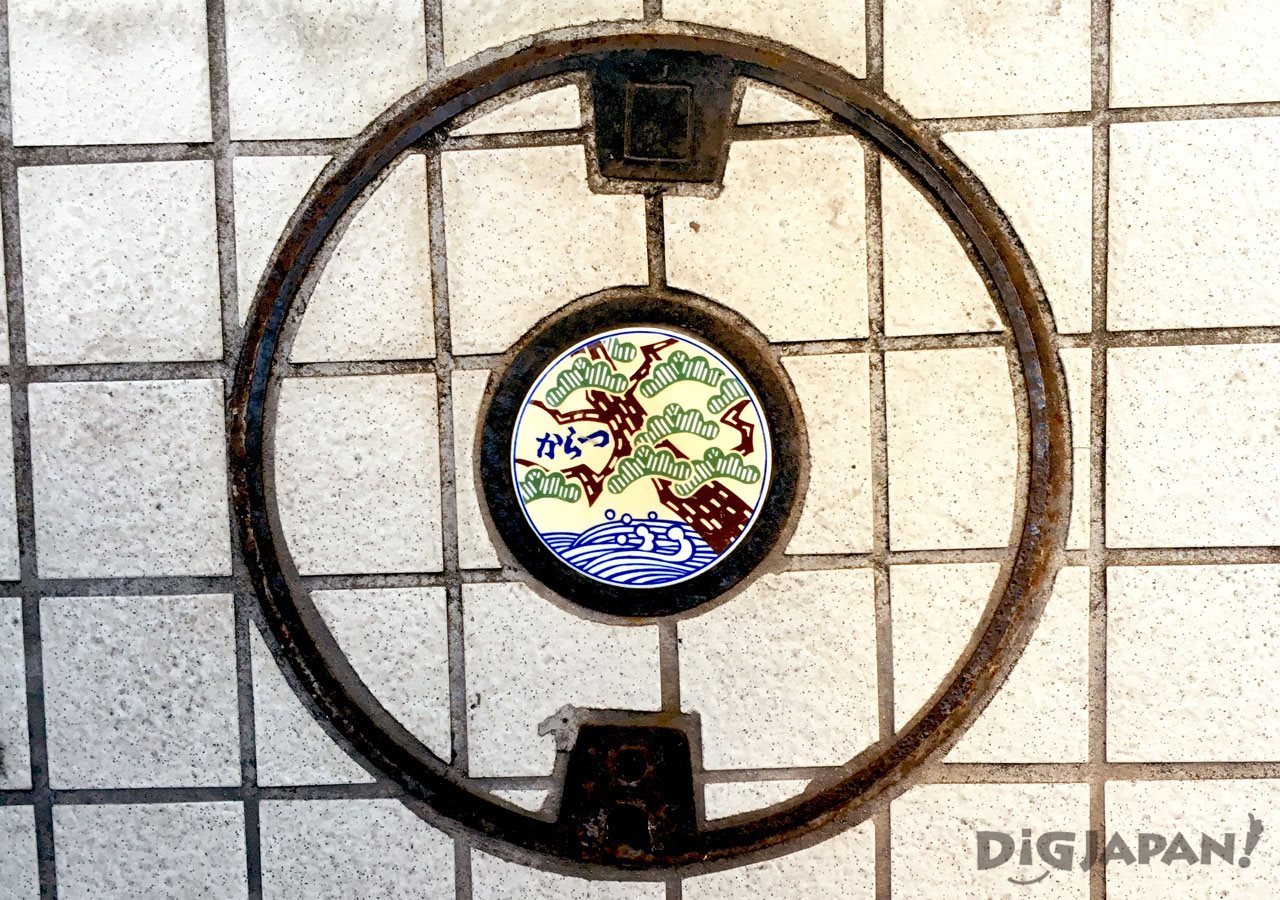 This unique cover in the city of Karatsu in Saga Prefecture has an image of the sea and a pine tree. This tree represents Nijinomatsubara, a 400-year-old pine forest located in the city. What makes this manhole cover particularly unique is that it includes a piece of tile in its design. This is probably because yakimono (pottery) is a famous product of Saga Prefecture. 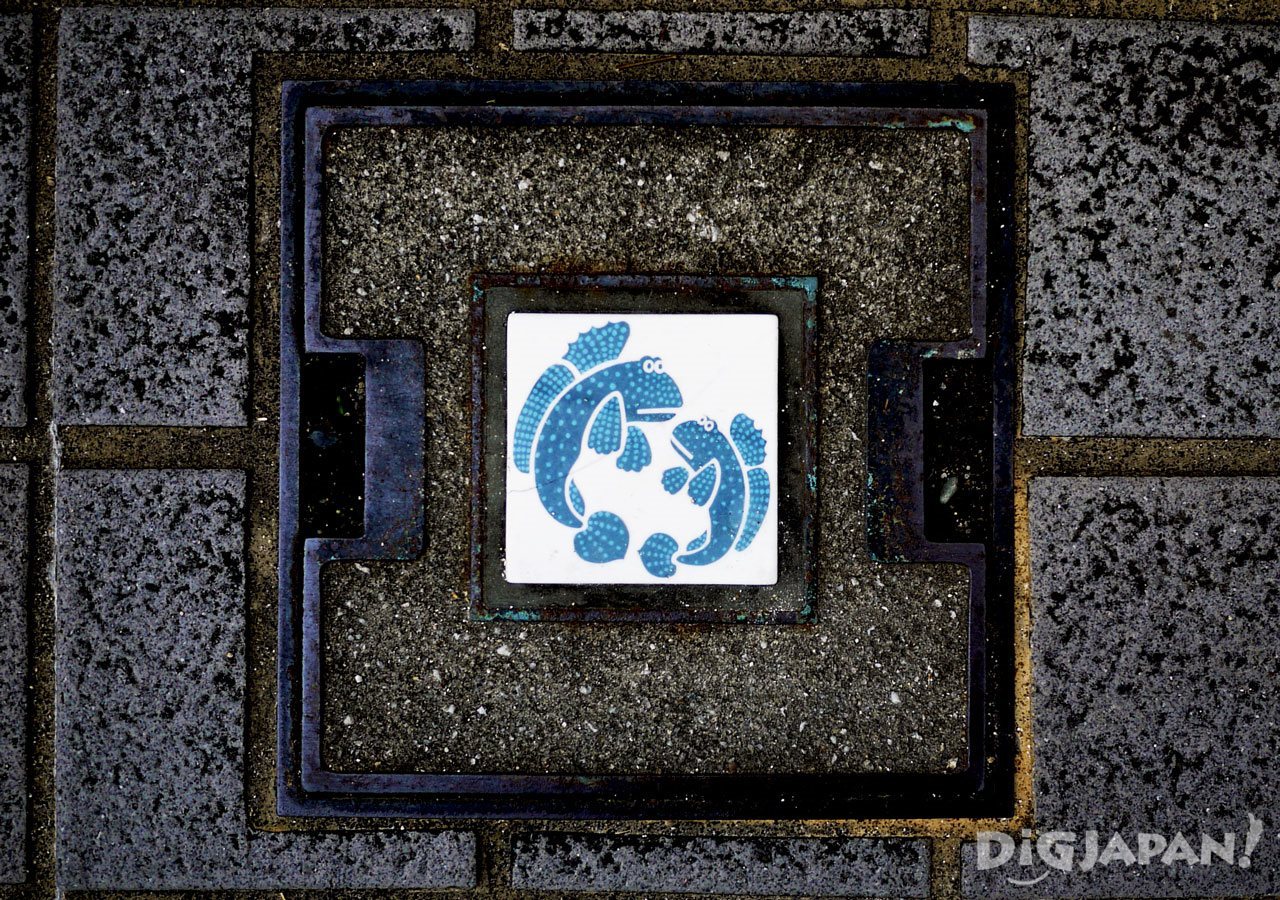 Here’s another example from Saga with a cute rendition of the regional seafood specialty, the mudskipper.


Be is for Beppu! 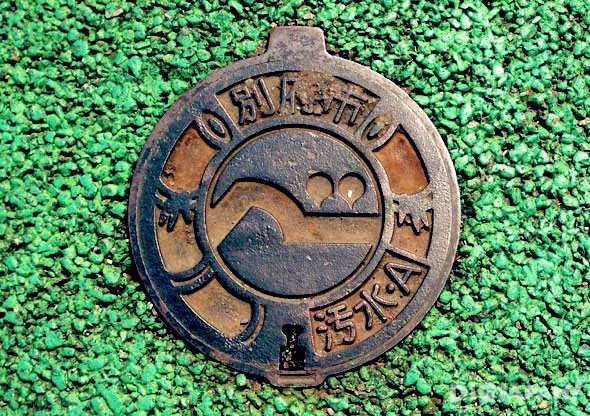 Here’s a little manhole cover from the city of Beppu in Oita Prefecture featuring the phonetic character for “be,” the first sound in the city’s name. 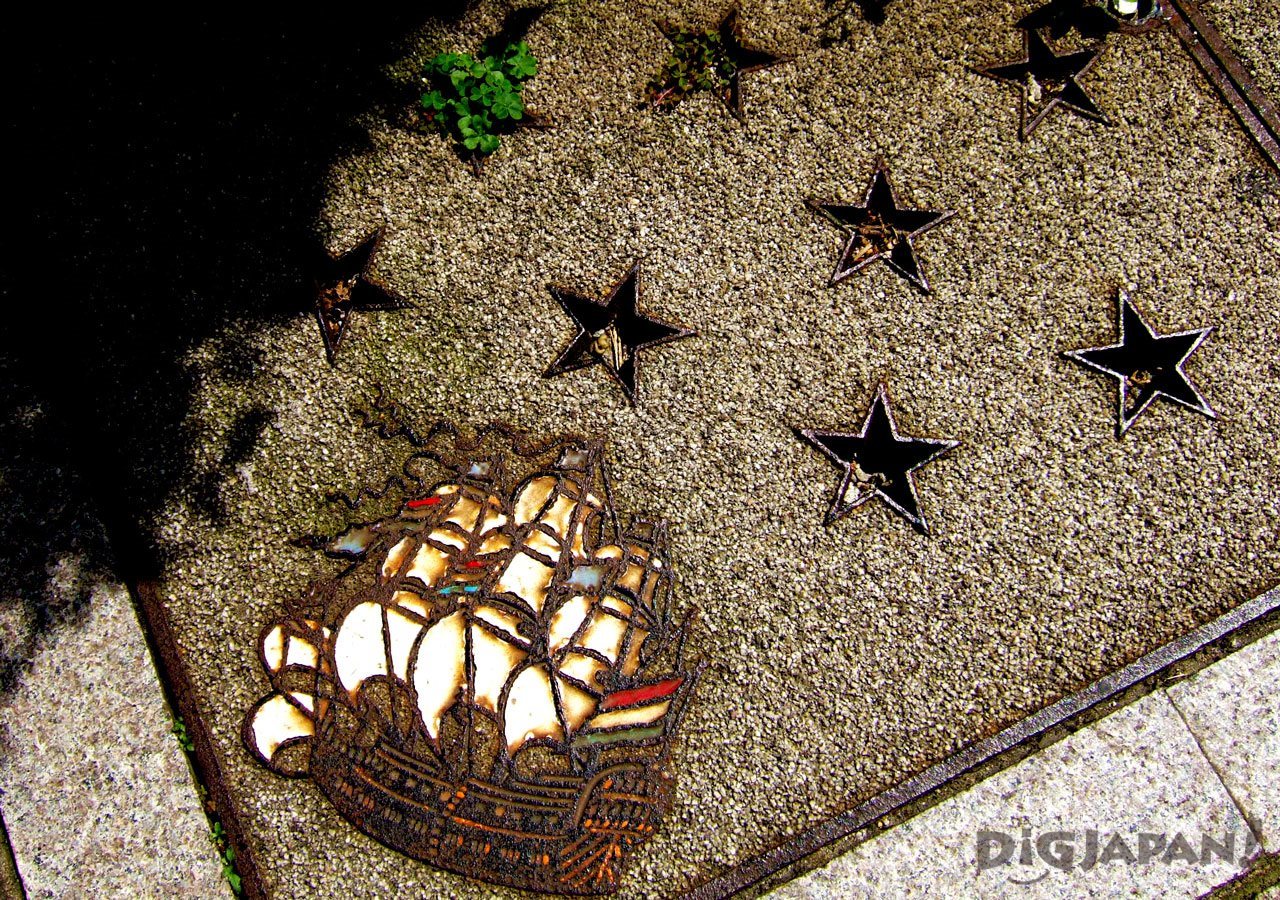 The city of Nagasaki is famous for having been the only area open to foreign trade during Japan’s period of isolationism. As such, the drains here are decorated with an image of a tall ship from Europe in addition to the star, which is the symbol of the city. 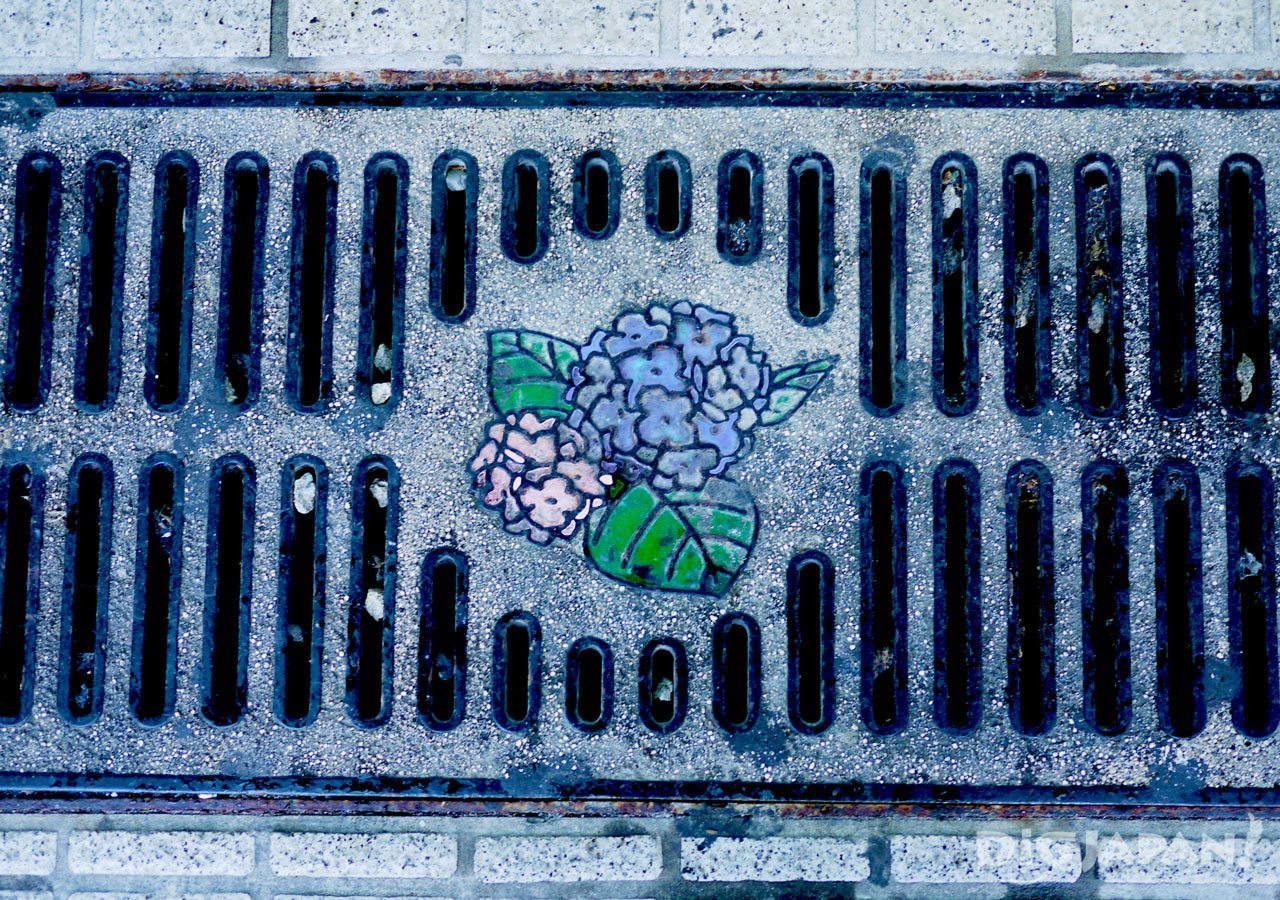 Here’s another one from Nagasaki featuring the city flower: hydrangea.


The Granddaddy of All Manholes! 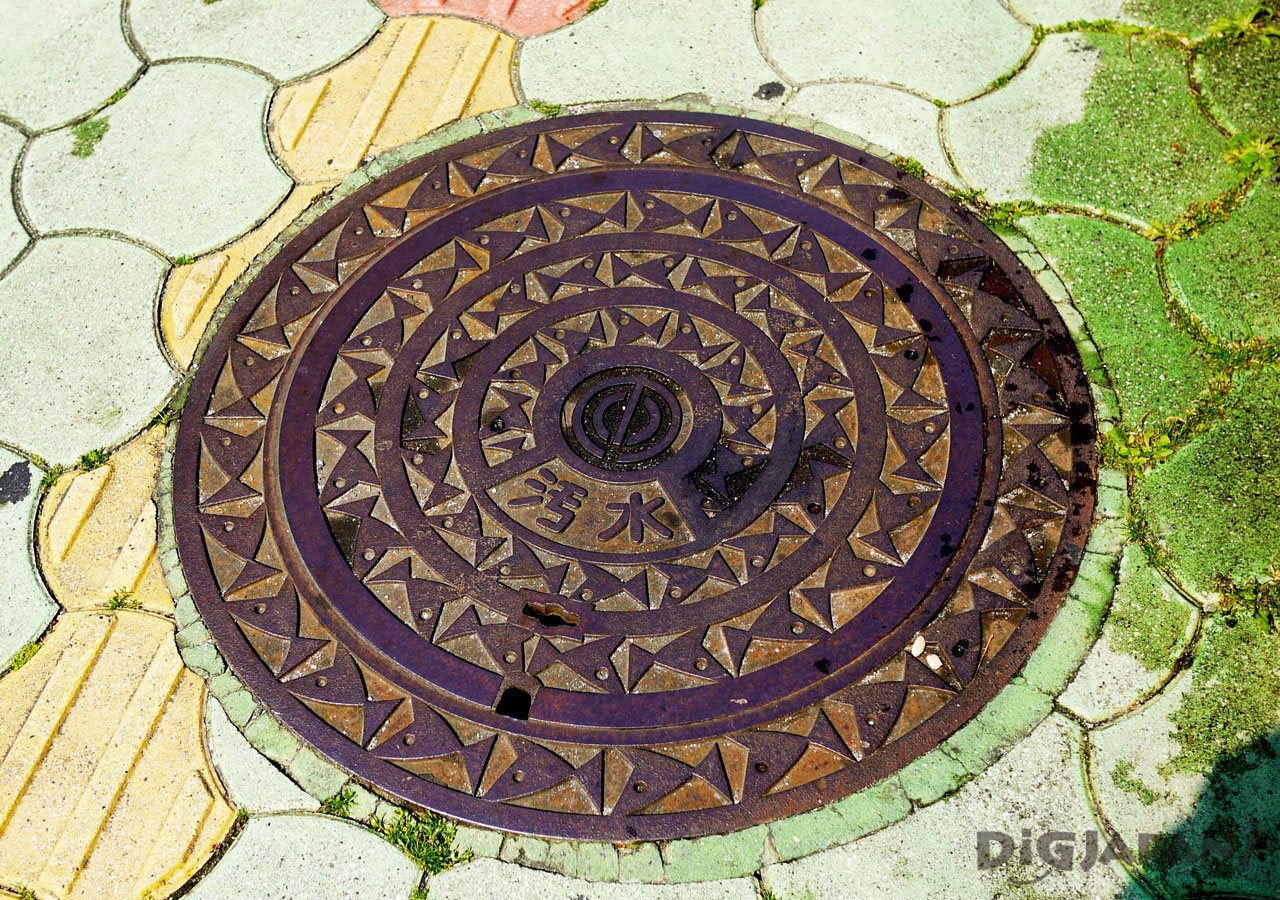 We return to Naha in Okinawa to introduce this manhole cover. While it may not seem like much at first glance, this is actually the very first manhole cover to feature a design! Created in 1977, this manhole has a pattern of a type of fish called a giant trevally or gaara as it's known in Okinawa.

“Collecting” pictures of manhole covers as you travel through Japan is a fun (and free!) way to remember your trip as well as learn about the characteristics of each place you visit. Think of it as a country-wide scavenger hunt. If you have a cool picture of a manhole cover from your time in Japan, please feel free to share it on our Facebook page. Happy hunting!