Experience the Beauty of Autumn on the Sagano Romantic Train

The Arashiyama-Sagano area of Kyoto is great for enjoying the beauty of tree-covered mountains and rushing rivers. While hiking and strolling in this area is popular, the Sagano Romantic Train is a long-standing favorite among domestic tourists. This cute little train has recently come onto the radar of travelers from abroad as well, particularly those planning to visit Kyoto during its most colorful season: autumn.


All aboard the Sagano Romantic Train!


Called the torokko ressha in Japanese, this train travels 7.3 km (4.5 miles) between Saga Torokko Station and Kameoka Torokko Station. The track runs through Hozukyo Gorge, a place famous for its fall colors. Traveling at an average speed of around 25 km per hour (15.5 mph), this pleasant journey takes about 25 minutes. What makes this poky little train so popular are the large windows from which passengers can enjoy the slowly passing scenery. Because the area also has sakura in the spring, vibrant greens in the summer, and snow in the winter, the Sagano Romantic Train is a popular spot all year long. 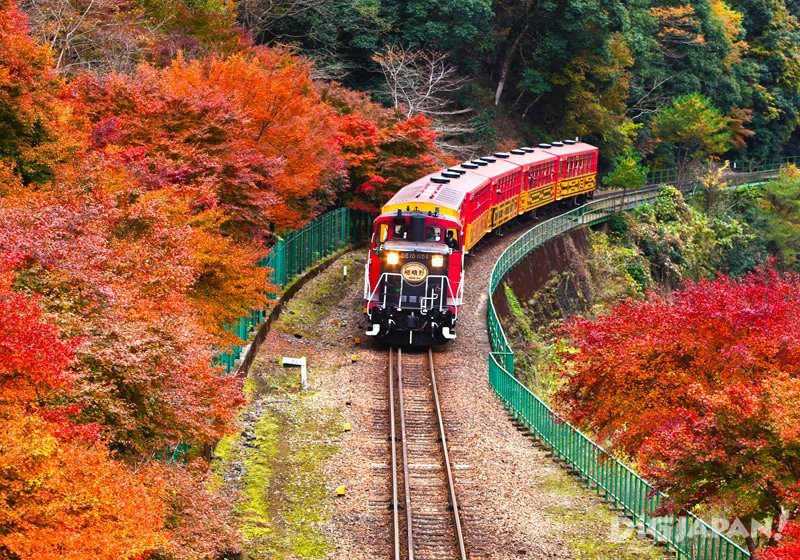 The train itself may only be five cars long, but it's got so much character that you'll want to get some pictures of it as well as the leaves! The retro red and yellow cars have large seats and stylish lighting. The cozy interior gets even better during the chillier months when they bring out a coal burning stove for the special “stove-car.” 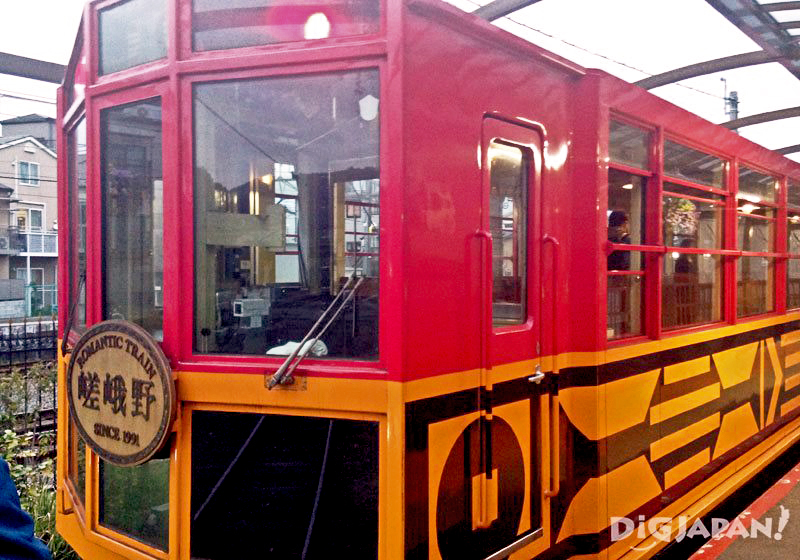 For a truly outstanding view, go for the fifth and final car. Called “The Rich Car,” the windows of this car have no glass. This means you can see even more as you pass by and take amazing pictures and movies. Tickets for the fifth car cannot be purchased in advance, so it's a good idea to get to the station early to buy your ticket! This might make for an early morning, but the view is well worth it. 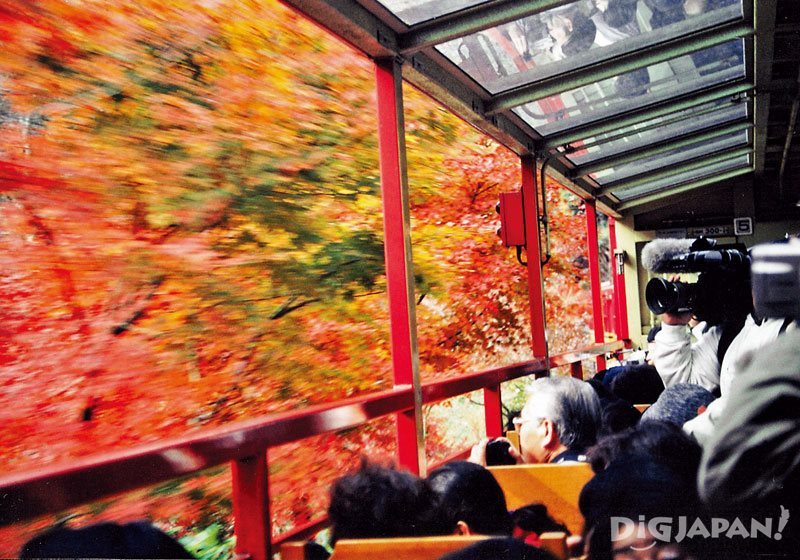 Another thing to look toward to when riding on the Sagano Romantic Train are the conductors. Not only will they announce spots of particular interest along the way, but they even stop the train so passengers who want to take pictures can get a nice, clear shot. These conductors are a pretty amusing bunch. They'll throw in a joke or two along with their announcements and sing a song at the end of the ride. 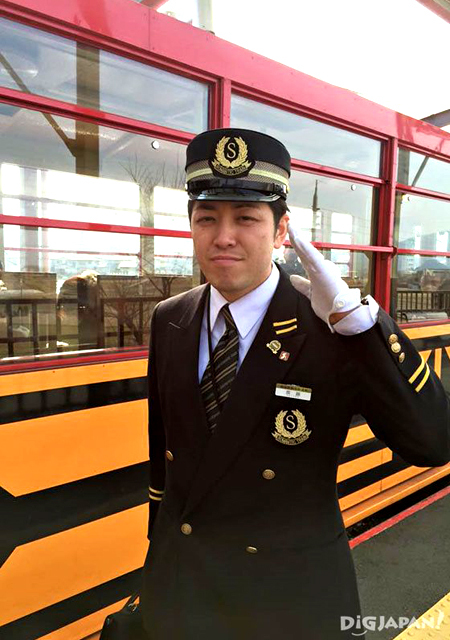 The gorgeous colors that you can enjoy during the day take on a new, ethereal quality at night when the trees along the tracks are illuminated. As you might imagine, taking the train during this special light-up period is extremely popular. Fortunately, the hours of operation are extended for the event period. 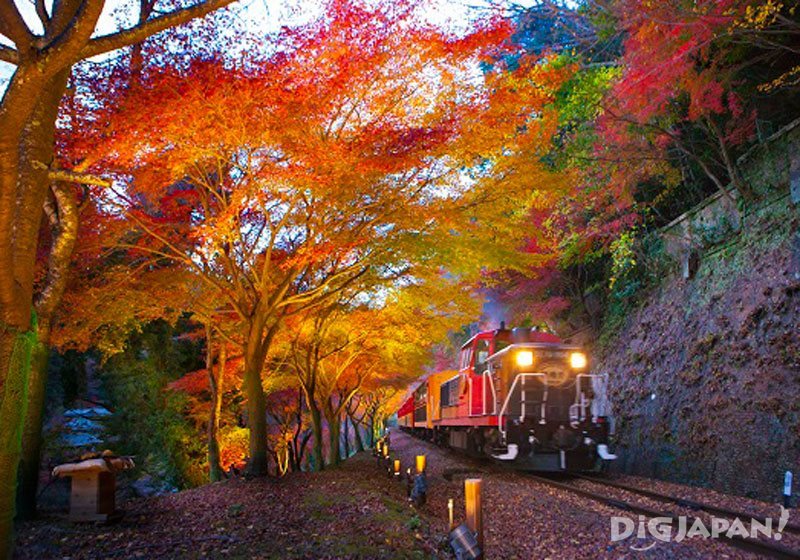 
How to get your tickets


While you can’t go wrong with a ride on the Sagano Romantic Train whatever the season, things do get pretty crowded during the spring and fall. So if you’re planning on taking a ride during one of these peak seasons, consider buying your ticket in advance.

All seating on the train is by reservation. Tickets can be purchased at the JR Ticket Office (called the midori no madoguchi in Japanese) of major JR West stations up to one month in advance of your departure date. Or, you can purchase a ticket from any major travel agency anywhere in Japan. This means you can purchase your ticket prior to your arrival in western Japan. 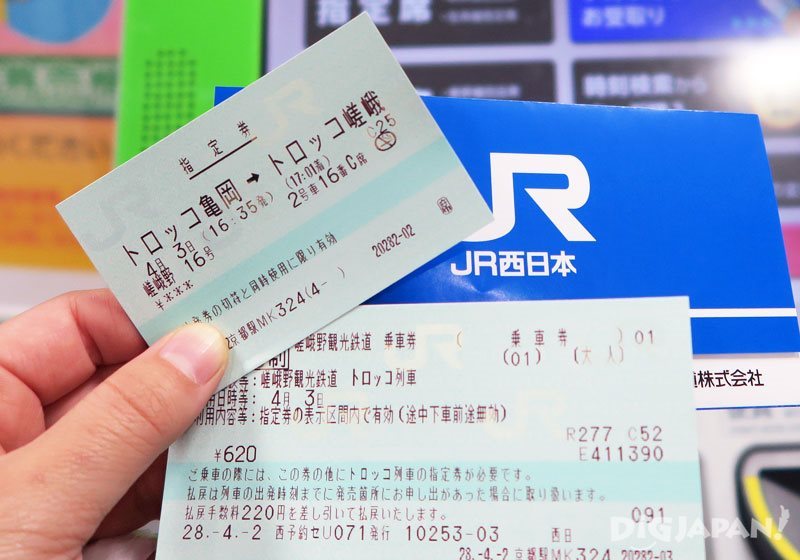 You can also opt to buy your ticket the day you want to ride the train; and as mentioned above, tickets for the open-air car “The Rich Car” can only be purchased the day of your departure. Same-day tickets are sold on a first-come, first-served basis at Saga, Arashiyama, and Kameoka Torokko Stations. If you plan on buying a same-day ticket during a peak season, it’s recommended that you double check at what times ticket sales begin and end and plan your day accordingly.

Also, if you have purchased a ticket in advance, but would like to ride in the open-air car, it is possible to exchange your ticket for a “The Rich Car” ticket the day of your departure provided they are not sold out. You can do this at the stations mentioned above. 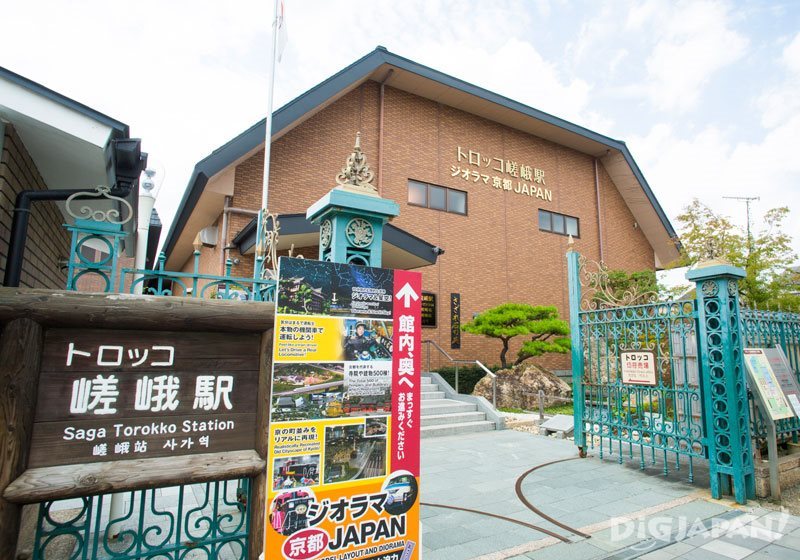 If you're looking for a memorable way to enjoy the brilliance of Kyoto's four seasons, the Sagano Romantic Train is an excellent choice. What's more, after arriving at Kameoka Torokko Station, you can return to the start by boating down the Hozugawa River on a guided tour.

Have you ever ridden on the Sagano Romantic Train? If you have, let us know what you thought in the comments!

Sagano Romantic Train | 嵯峨野トロッコ列車
Period of operation: March ~ December (For 2016, the train will run March 1 thru December 29.)
Hours: 9:07am~4:35pm
There is one train every hour and eight round trips per day.
Train does not run on Wednesdays except on public holidays or during spring vacation, Golden Week, summer vacation, and the fall foliage period.
One-way fare: Adult 620 yen | child 310 yen
Official website: https://www.sagano-kanko.co.jp/en/

Enjoy Autumn in Kyoto on the Sagano Romantic Train | DiGJAPAN!