The word nabe has two meanings in Japanese. The first is pot. The second is the kinds of meals cooked in said pot. Typically translated as hot pot in English, nabe or nabe ryori is a staple of winter cuisine in Japan. Nabe are often prepared at the table using a gas burner. Diners then choose what they want from the communal pot. The ingredients used depend on the kind of nabe ryori you have as well as the region in which you are.

While nabe ryori is often prepared in Japanese homes, many restaurants also specialize in these delicious hot pots. Here are some common types you can warm up with while traveling in Japan through the chilly winter months. 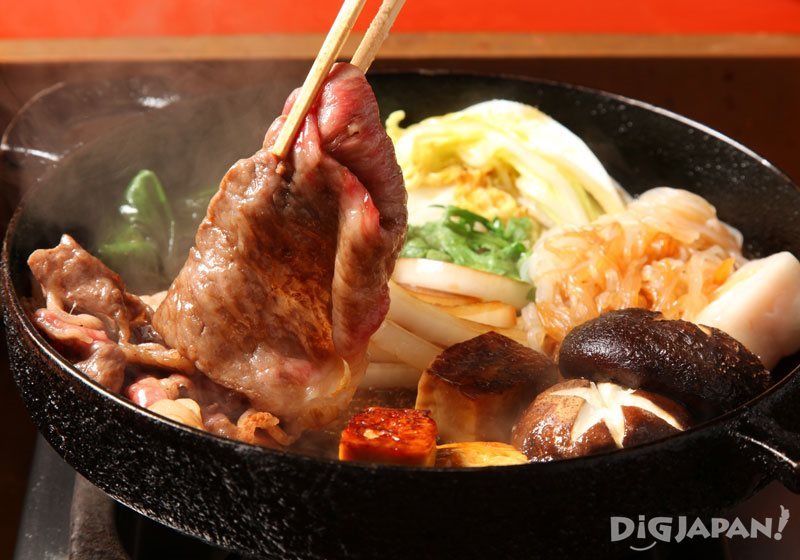 This is one example of nabe ryori that has gained considerable popularity abroad. It is made by simmering thinly sliced beef with vegetables like tofu, scallions, Chinese cabbage, shiitake and enoki mushrooms, and shirataki noodles in a shallow iron pot in a sweetened soy-based broth. The order in which the ingredients are added to the pot vary between the Kansai and Kanto regions, but one thing that the two regions share in common is that they serve a beaten raw egg for dipping the ingredients as they’re taken from the pot. 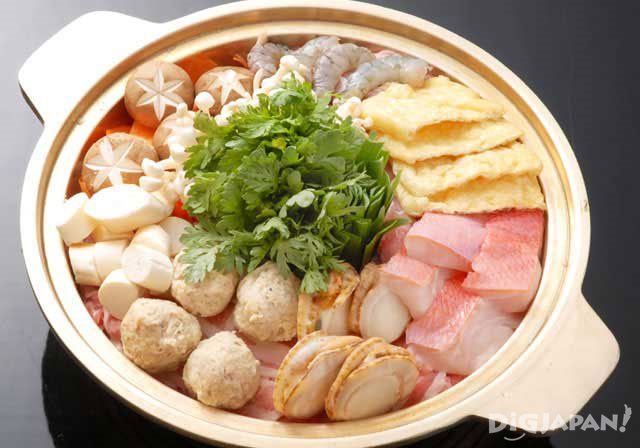 Chanko nabe is a type of hot pot which was originally served to Sumo wrestlers. As such, it’s probably not surprising that this type of nabe has lots of protein, typically in the form of chicken and fish. It also has plenty of vegetables, usually mushrooms, onions, carrots, Chinese cabbage, and tofu. 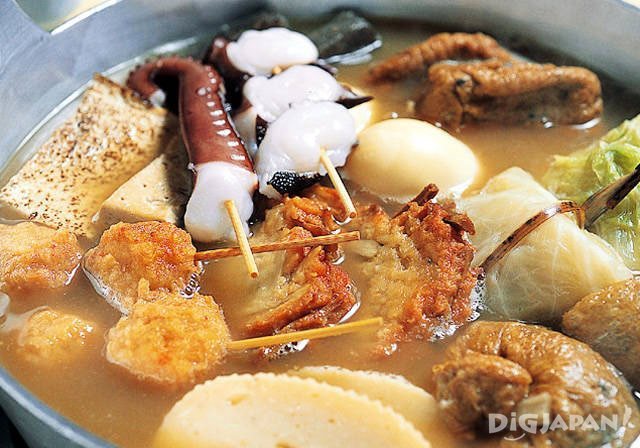 You can’t have winter in Japan without oden. This hot pot features a unique collection of ingredients simmered together in broth. While what is included in the oden will vary considerably from region to region, you may see some of the following common ingredients: hard boiled eggs, chikuwa (long tubular fish cakes), grilled tofu, thick slices of daikon radish, kinchaku (a “pouch” of fried tofu skin, filled with mochi, and tied with a string of dried gourd called kanpyo), chikuwabu (wheat gluten), ganmodoki (tofu fritter), and konnyaku (a firm, jelly-like block made from the konjac root). It is often served with spicy Chinese mustard. 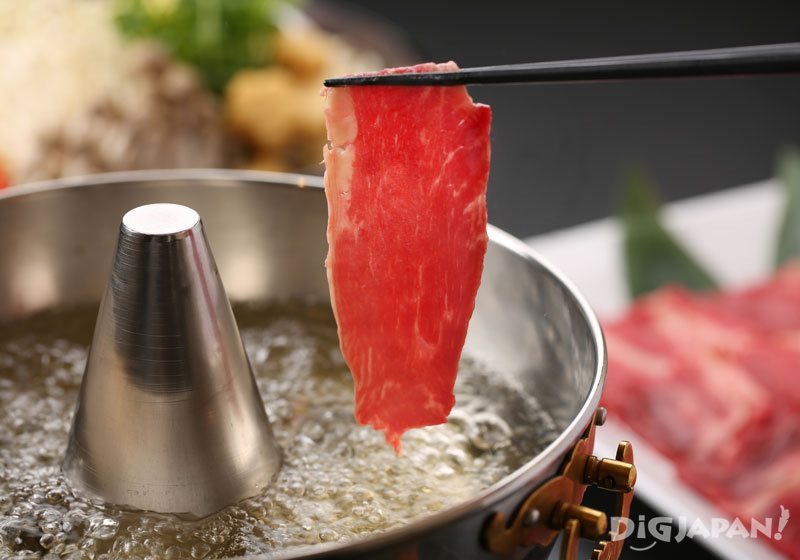 The name of this nabe comes from the onomatopoeic word used to express the sound of the ingredients as they are quickly cooked in broth or water by stirring: shabu shabu. The meat used in this nabe is usually thinly sliced beef, though other meats such as pork or crab are also common. The meat is quickly cooked one piece at a time while other ingredients such as vegetables and tofu are left to simmer in the pot until heated through. Restaurants may serve several options of sauces in which customers can dip the ingredients prior to eating them, including sesame, a kind of citrus-based sauce called ponzu, or soy sauce. 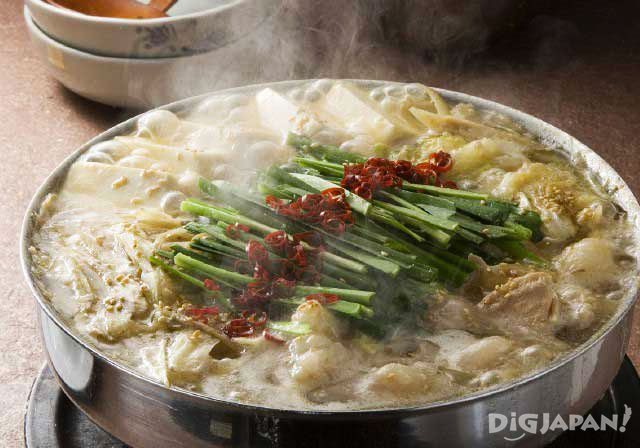 Motsu is the Japanese word for offal, usually referring to cow or pork. Motsunabe commonly contains garlic, red pepper, and garlic chives. The broth is usually flavored with either soy sauce or miso paste, but it’s possible to find ones flavored with curry, kimchi, or any number of regional variations. 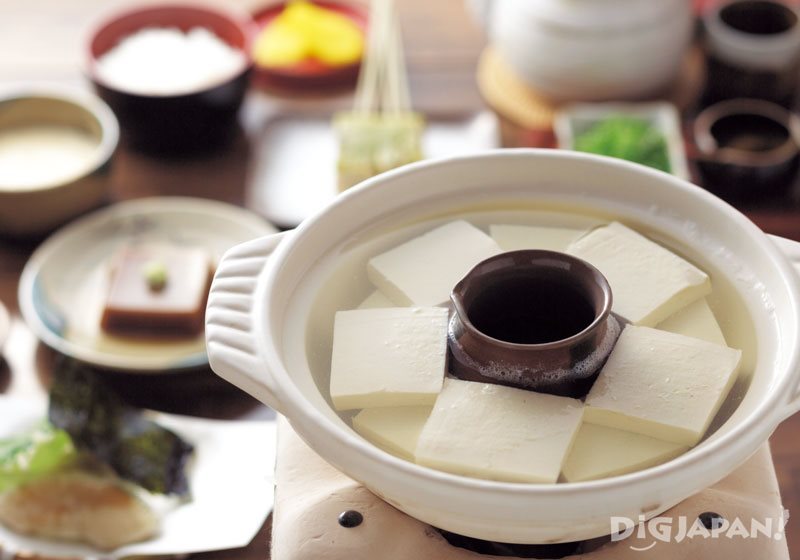 Yudofu is a simple but delicious dish of tofu gently simmered in a light broth made from konbu seaweed. The nabe is served with a soy-based tare or sauce, or ponzu. It’s a very refined example of nabe ryori, the flavor of which depends heavily on the quality of ingredients used. While you can find it throughout Japan, it’s considered a specialty of Kyoto. Definitely try some if you happen to be traveling there!

What's your favorite winter food to enjoy in Japan? Let us know in the comments! 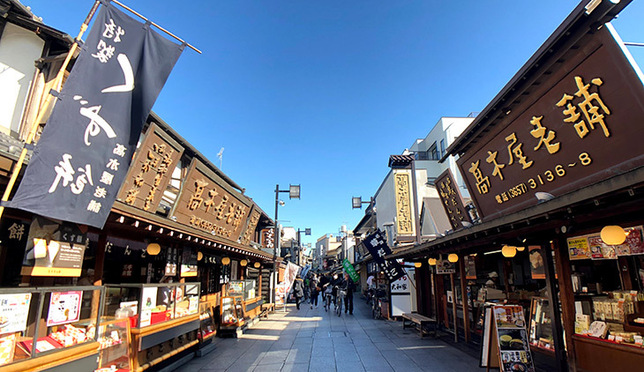 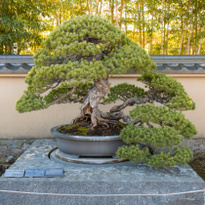