Maboroshi Koji Higashi-iru Entotsu Coffee Sha opened spring of 2016 in Kyoto's Nishijin area. The atmosphere of this cafe lives up to its name, the first part of which translates roughly to "the little street of illusions." The moment you enter this street, you'll feel as though you've stumbled into a world of fantasies.


Look for the smokestack to know you've found the right place 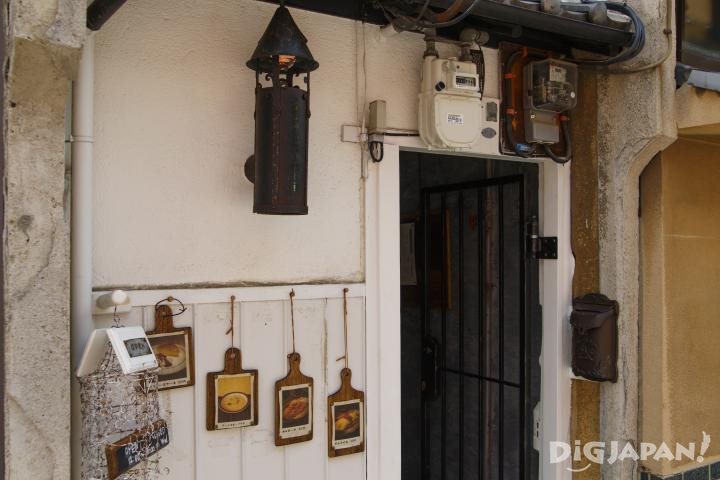 Maboroshi Koji is located a ten-minute walk from Kitano Tenmangu, a shrine famous for granting luck to students. Just head south on Imadegawa-dori Street and then turn north onto Rokken-machi dori Street. Just before Itsutsuji-dori Street, you'll see a building with white walls and a smokestack. 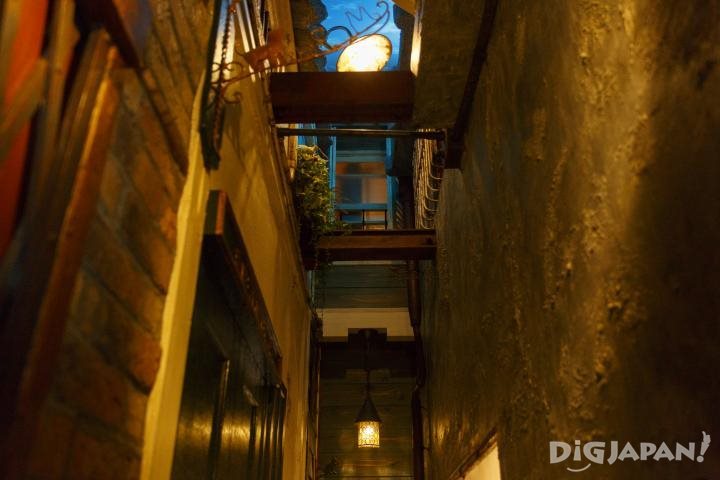 The sky above the alley mysteriously shifts colors, changing from blue to orange to purple.

Until now you had been walking through a regular neighborhood, but suddenly you feel as though you've stepped into wonderland.  As you head down this street, you'll see a door leading to what, according to the writing on it, is a "phantom detective agency." Follow the narrow street past it. If you happen to look up, you'll notice that the sky is a mysterious mix of changing colors. On the wall is written a most interesting address: Maboroshi Street 1/3. Very mysterious, indeed...


The cafe at the end of this mysterious alley 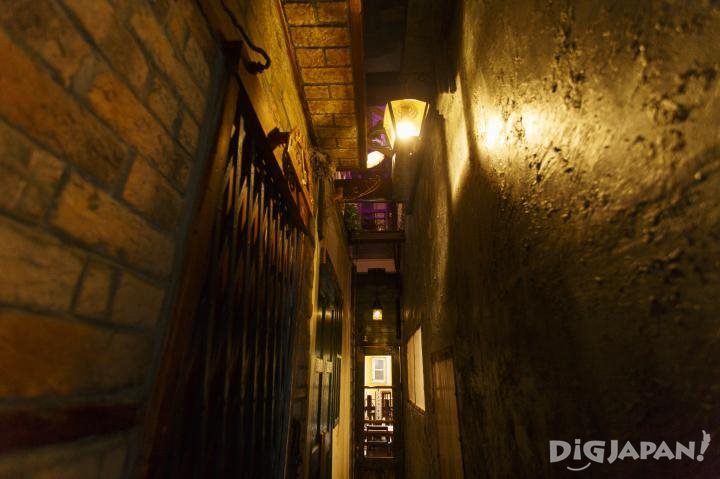 You'll find the entrance to the cafe at the end of the street. Go through a door bearing the cafe's name. Inside are lovely wooden tables around which antique chairs are gathered. A bright light streams down from the ceiling, creating a feeling of openness. 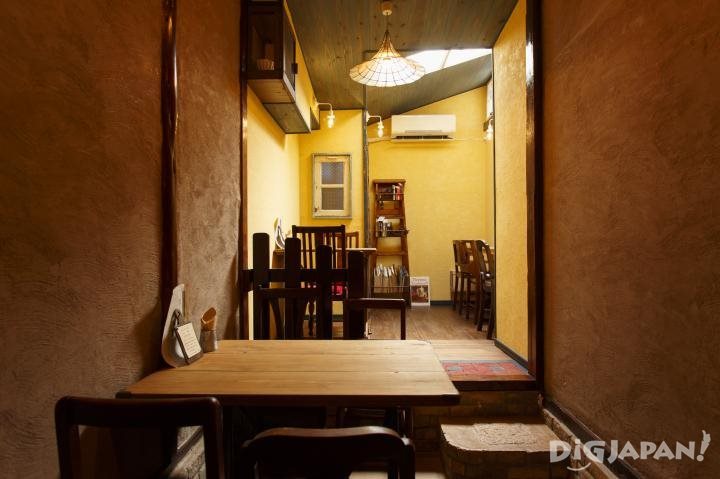 The cafe is run by a team of two. There's Marushima, who is in charge of creating the food and sweets, and Takamura, who takes care of roasting the coffee beans. The magical world outside of the cafe is also their creation; they both had previously worked as set builders for film productions. It took them a year and a half to transform the old townhouse into their fantasy land.   While it's not a large space, the close attention to detail paid to the interior and the whimsical decorations installed throughout gives the sense that one could soon be swept away by a legend from another world. 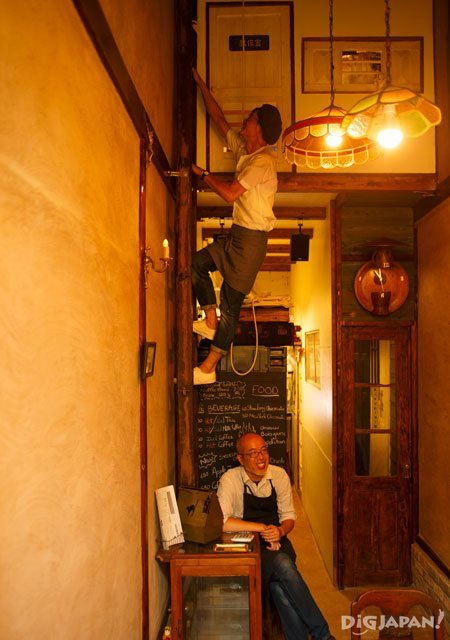 Shop owners Takamura and Marushima. These two have included many playful touches in their store. 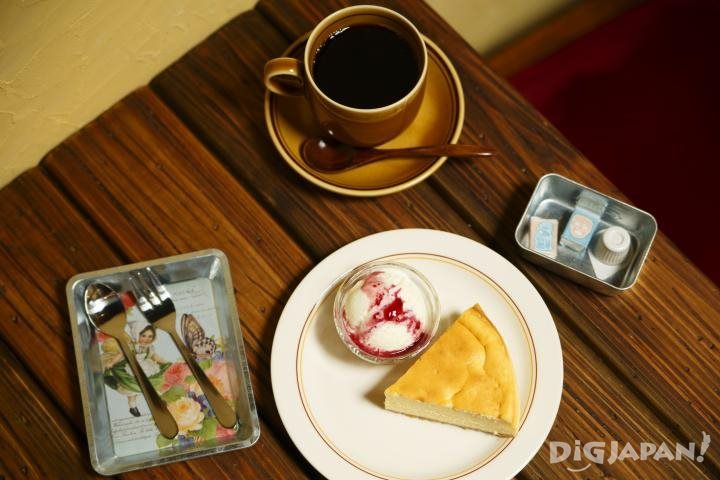 The good things in this coffee shop don't stop with the unique decorations. The menu includes classic Japanese cafe meals such as Napolitan, a pasta dish of spaghetti dressed in a spicy tomato-based sauce with onions, button mushrooms, green peppers, sausage, and bacon, as well as omu-rice, a tomato-based fried rice covered in a thin sheet of omlet. There's also handmade cheesecake and other desserts as well.

Starting with their Entotsu blend, which includes four varieties of beans combined with a base of Mandheling, they roast the beans here in such a way that brings out their natural sweetness. Their roasting room is located in the cafe's attic, accessible by a ladder beside the register. The pulley system they've contrived for lowering the roasted beans is one of the cafe's fun ideas and is worth a look. They also sell coffee beans at the cafe should you want to take some home to enjoy later. There's still much left to discover in this cafe not mentioned in this article, so please stop by to see for yourself!

This article is based on information that was obtained September 2, 2016. Please be advised that changes to the store’s menu, hours, and et cetera may have occurred.

The original Japanese version of this article was published on co-Trip.

THIS ARTICLE IS BASED ON INFORMATION FROM 12 22,2016 Author：co-Trip