You know that winter is ending at last when you start seeing ume or plum blossoms. Some of the earliest blooming flowers in Japan, you may even see hardy ume blooming while there is still snow on the ground! They come in a variety of cultivars, the colors of which include creamy whites and pinks that range from coral to fuchsia. The flower shape also varies between species.

Ume typically come into full bloom in the Kansai region between mid-February and early-March. While the weather may still be quite chilly, doing some early-spring hanami or flower viewing is highly recommended. For some ideas about where to go, check out these beautiful spots famous for plum blossoms in Kyoto, Osaka, and Nara. 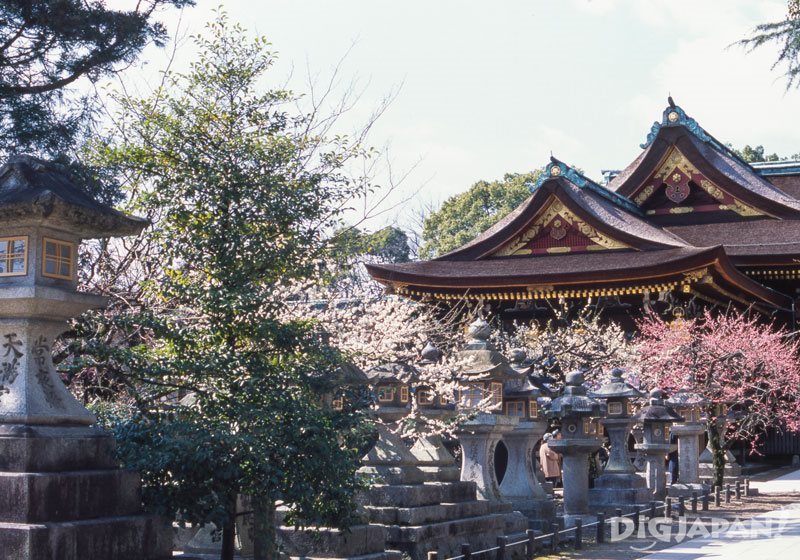 Fifty different cultivars and nearly 1,500 trees bloom against the gorgeous backdrop of Kitano Tenmangu, a shrine popular for its reputed ability to grant wishes for academic success. The colors of the trees here are a beautiful mix of white and deep pinks. During the flower viewing season, they open a teahouse in the garden where visitors can enjoy a cup of ume cha (plum tea) and a Japanese sweet. There is also a plum blossom festival held on here, a highlight of which is participating in tea ceremony performed by the maiko and geisha of the Kamishichiken geisha district. 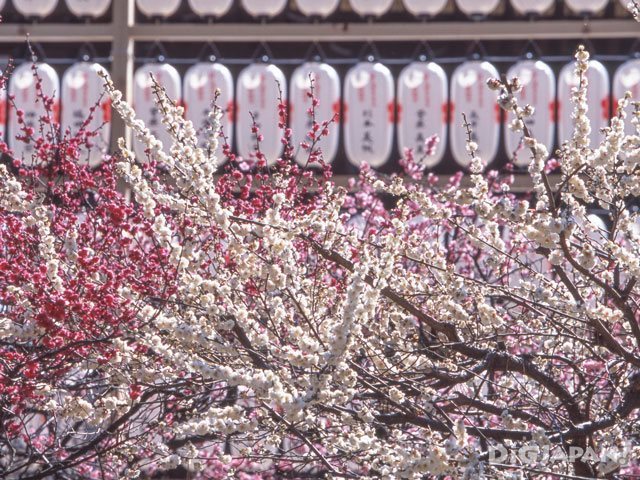 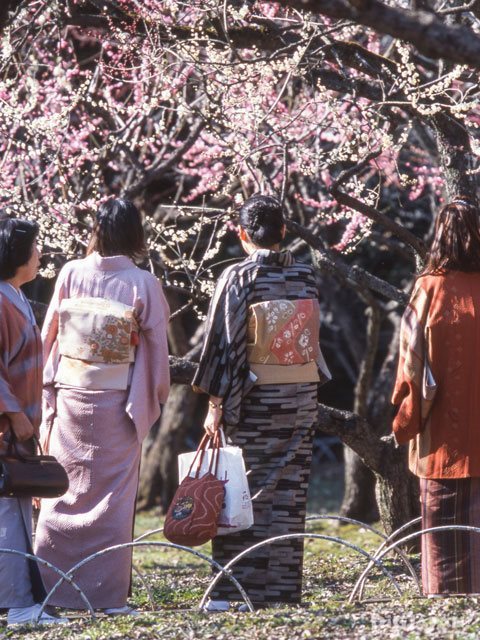 Kitano Tenmangu | 北野天満宮
Peak blooming season: early-February thru late-March
Address: Bakuro-cho, Kamigyo-ku, Kyoto-shi, Kyoto
Access: take the City Bus 50 or 101 from JR Kyoto Station to the Kitano Tenmangu-mae stop (approx. 30 min)
*There are plum trees outside of the plum grove as well that can be viewed for free. 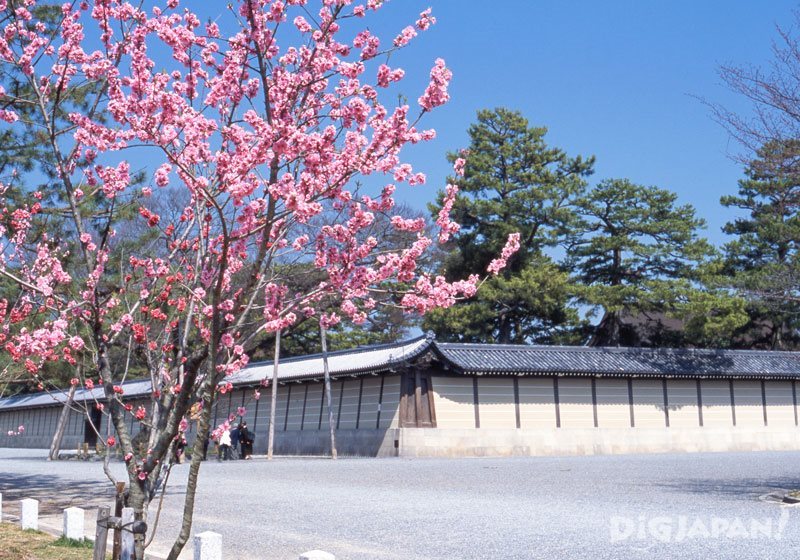 Some two hundred plum trees grow along the south-west side of the Kyoto Imperial Palace, or Kyoto Gosho as it's called in Japanese. The trees that grow here are said to be the product of grafting branches of plum trees from every shrine in the city of Kyoto, a project undertaken mainly in the year 1945. 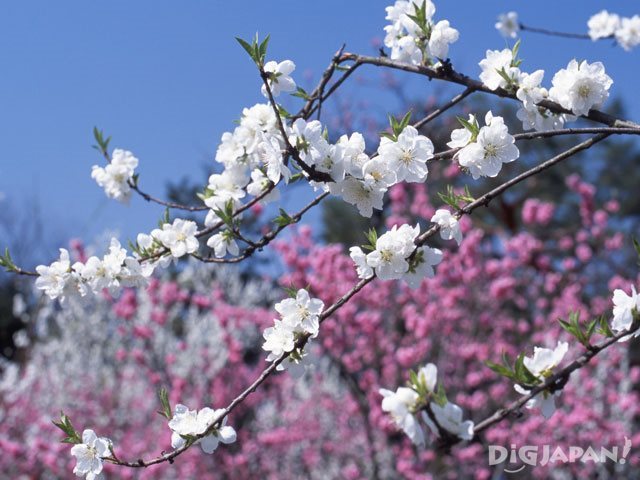 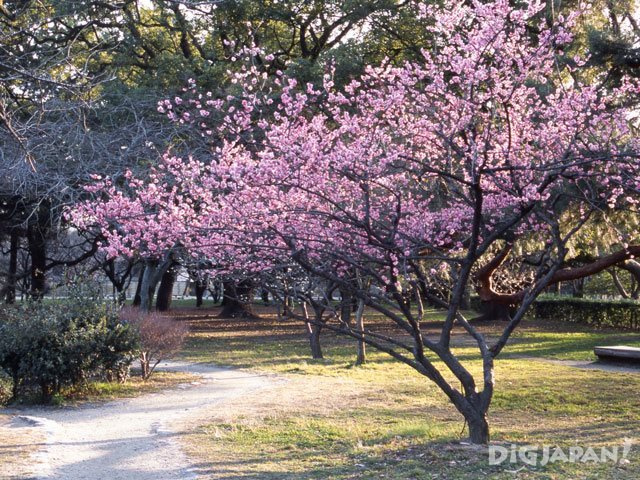 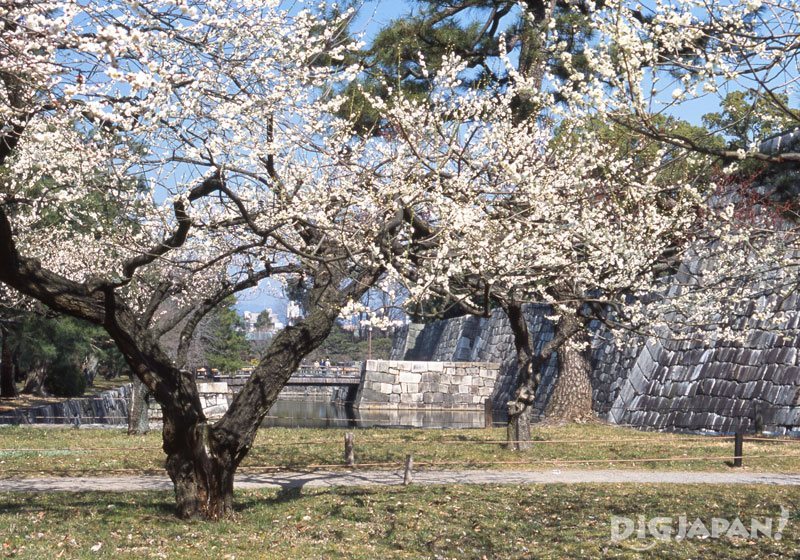 There are approximately one hundred thirty trees on the castle grounds, the majority of which grow in a plum grove located on the southwest side of the castle. Out of the many varieties of plum trees here, the Genpei is particularly interesting. Both white and pink flowers bloom on the same tree. It is named after two opposing clans of the Kamakura period: the Taira and the Minamoto. The white flowers represent the Minamoto clan and the red flowers represent the Taira. 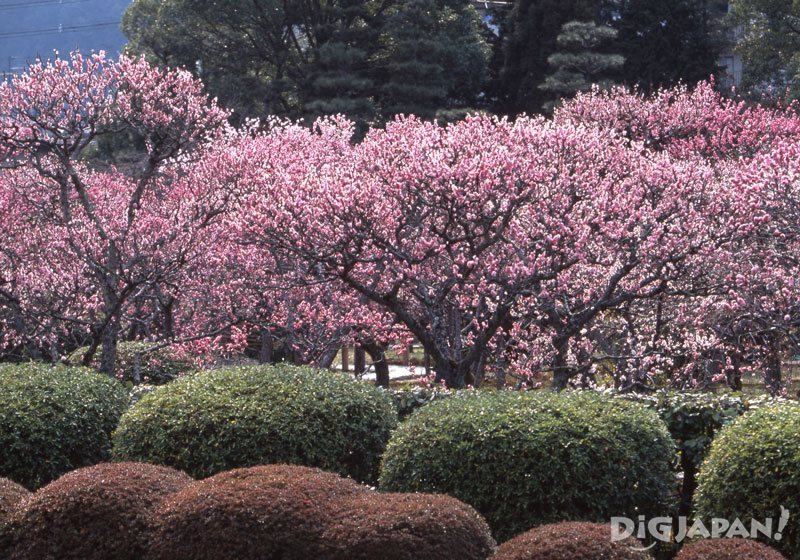 Out of the some two hundred plum trees that bloom at Zuishin-in, this temple is particularly well-known for a late-blooming variety of light pink plum blossom known as hanezu. This flower also lends its name to a dance performed here called the Hanezu Odori, which is performed on the last Sunday of March. Young women dance while dressed in traditional short-sleeved garments the color of the hanezu blossoms. You can watch the dance here and learn more about the temple in this video. 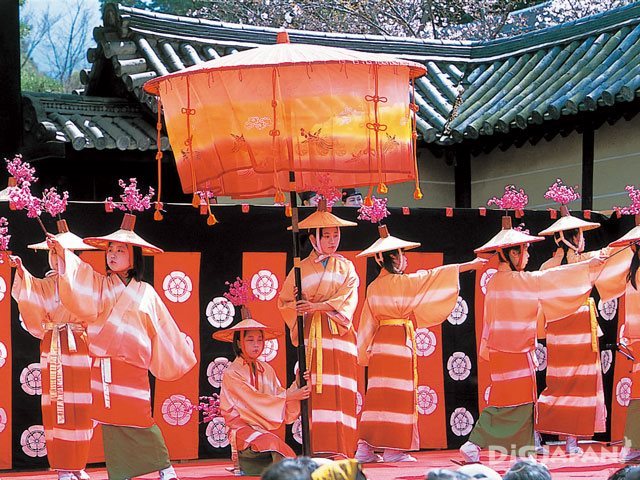 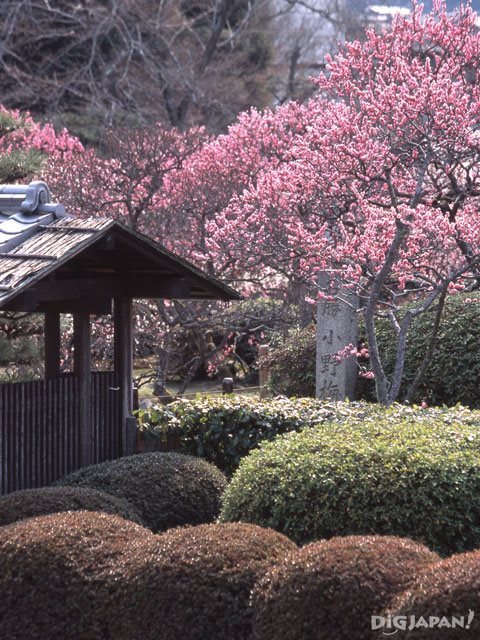 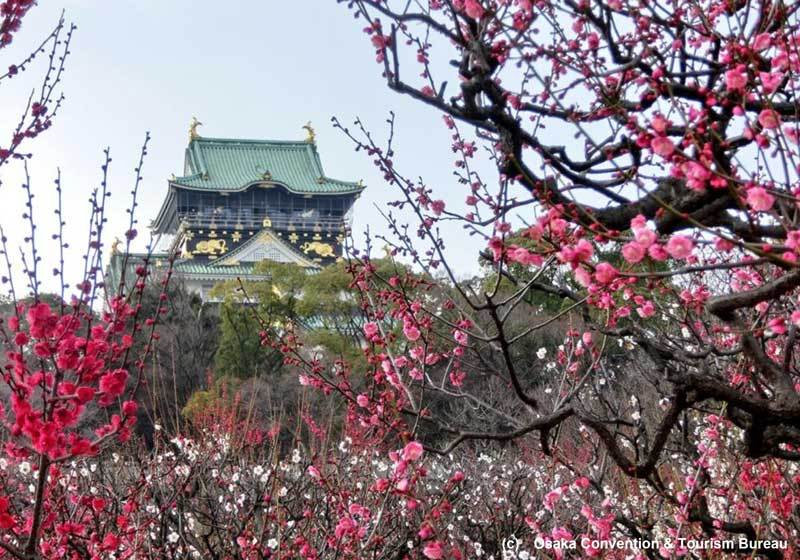 A must-see spot anytime time of year, Osaka Castle is particularly lovely when its grove of plum trees is in bloom. Located to the south-east of the castle keep, this grove is home to 1,250 trees representing an impressive ninety-three cultivars of plum blossoms. 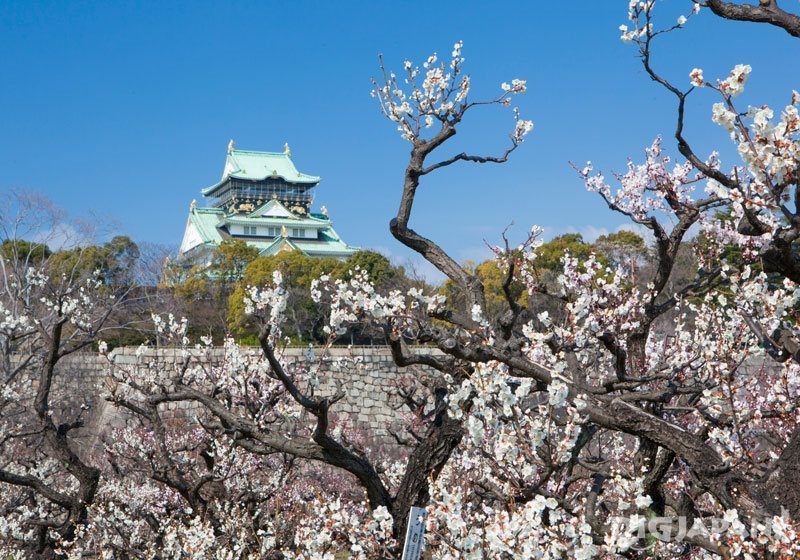 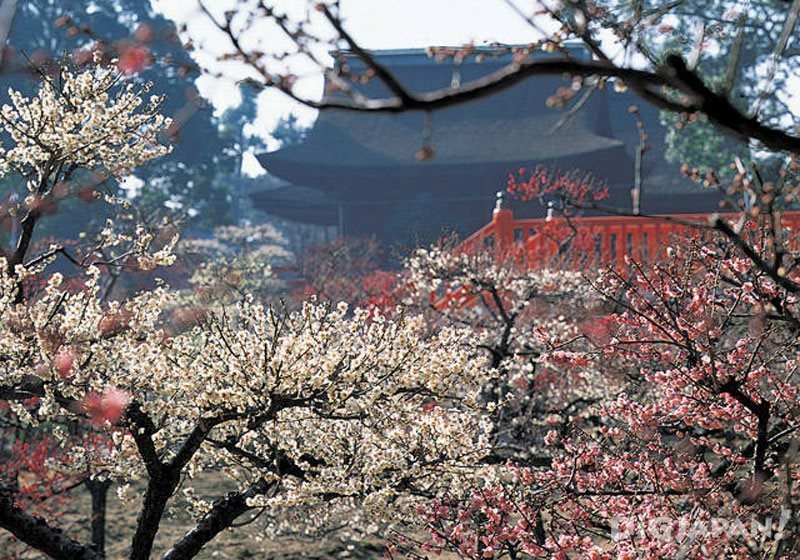 Like Kitano Tenmangu in Kyoto, Domyoji Tenmangu is also said to enshrine the Shinto god of learning. Inside the plum garden are eight hundred trees representing approximately eighty cultivars. There is a plum blossom festival held from February 10th to March 15th. During this period, there is also a lovely exhibition of plum blossom bonsai trees are on display from January 25th to February 28th. 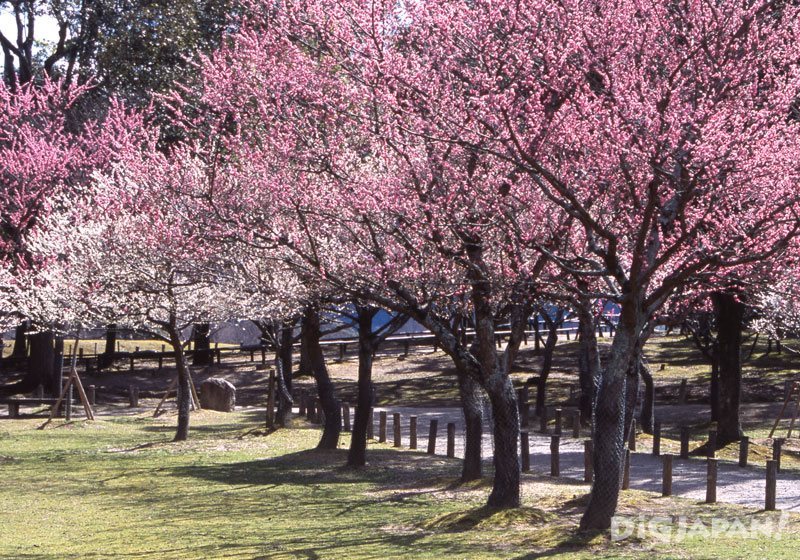 Nara Park is filled with famous temples and shrines such as Todai-ji, which is home to the Great Buddha, as well as friendly deer who will happily approach anyone who seems to have a tasty deer senbei cracker to share with them. In the early spring, it is also offers visitors a splendid display of plum blossoms in the Kataoka Bai-en plum grove. There are about two hundred fifty red and white plum trees here. 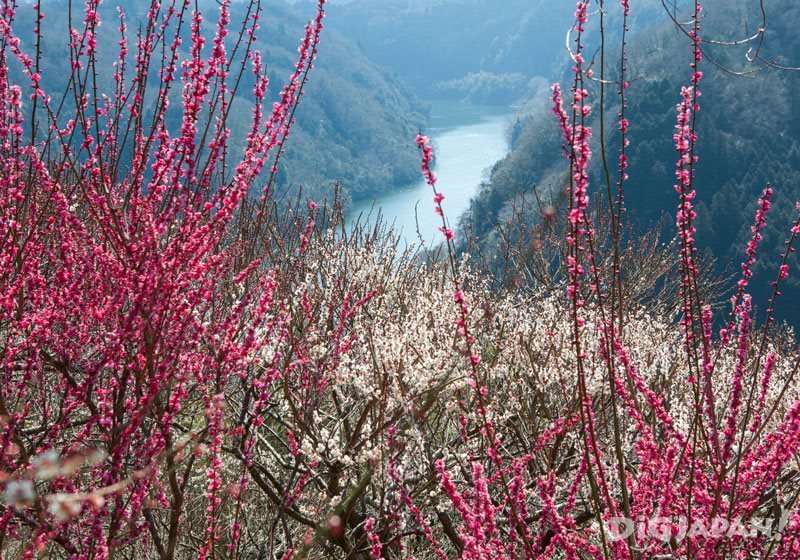 Tsukigase Baikei is said to be one of the best plum groves in the Kansai region. From the shores of the lake to the mountainside, the area is covered by nearly one 10,000 plum trees blooming in white and red. There is also a plum blossom festival held here. 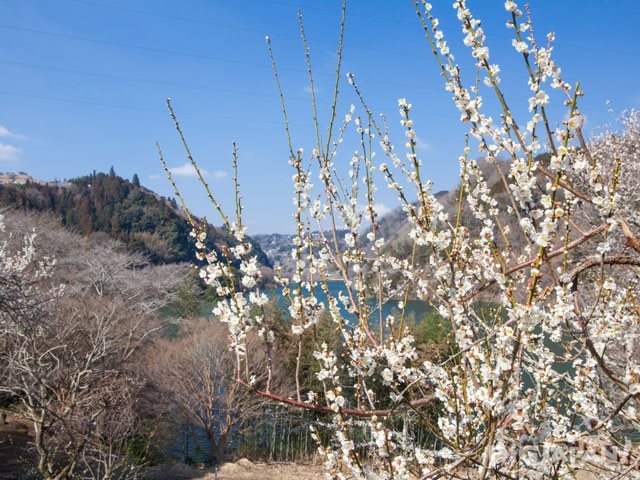 Do you have a favorite spot for plum blossoms in Kyoto, Osaka, or Nara? If so, let us know in the comments!


*The above article is based on information from February 2017.
*This article has been updated with the latest information as of January 2020.