In an area that prides itself on being an “old downtown” of Tokyo, Kayaba Coffee is a cultural and historical touchstone for the people who live in Yanaka. The building that houses Kayaba Coffee was old before Inosuke Kayaba decided to open his shop in 1938. It had been built twenty-two years earlier, when the era still bore the name of the Taisho Emperor. During its life as Mr. Kayaba’s family-run coffee shop, the stately building on the corner saw the name of the emperor change three times: from Taisho to Showa and then again to Heisei. It survived the destruction of the Great Kanto Earthquake and emerged unharmed from the air raids on Tokyo during WWII. 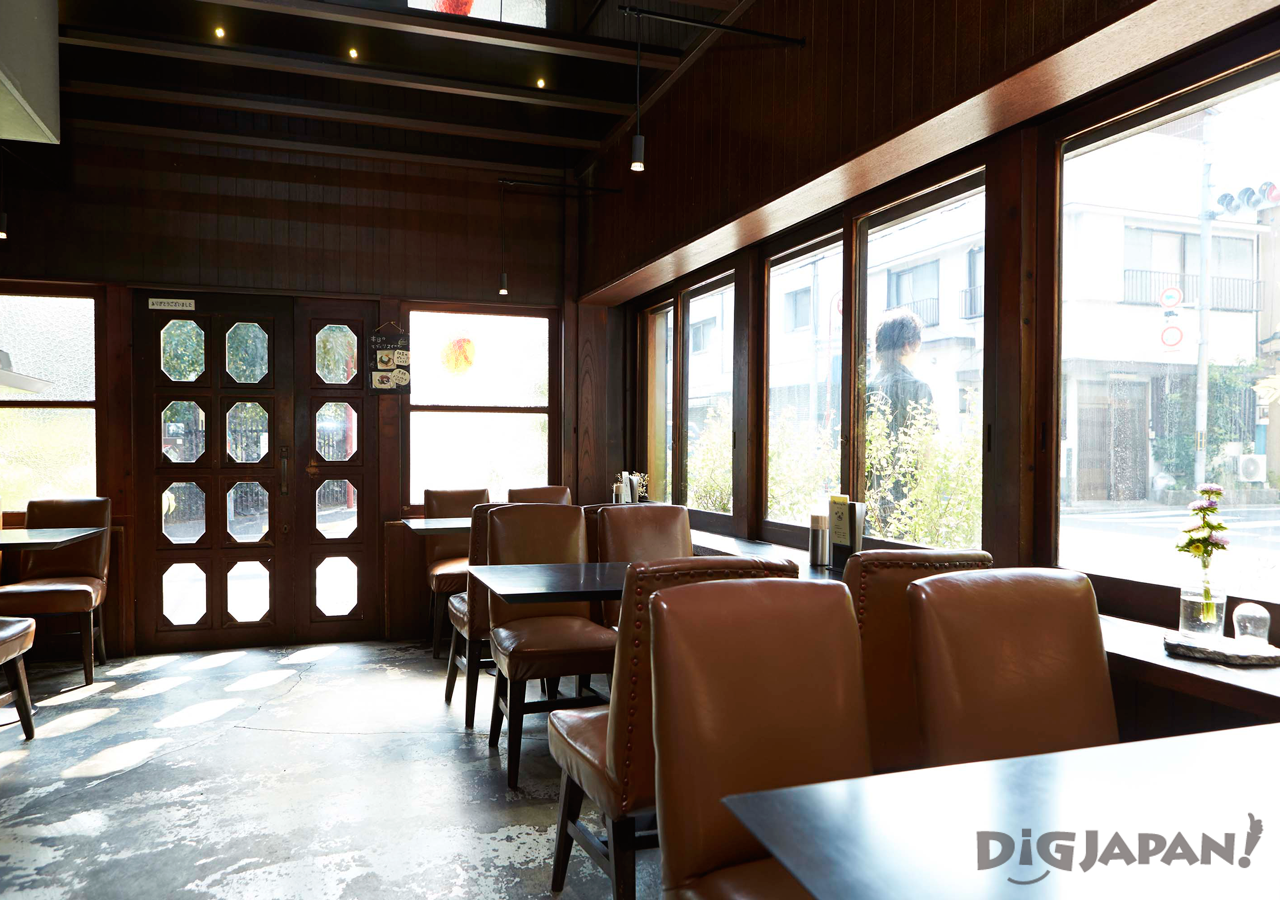 The first floor of Kayaba Coffee. The chairs are from the original shop.

Sadly, Mr. Kayaba decided to close shop after the passing of his wife in the autumn of 2006. After a proud run of nearly seventy years, the doors of this historic building closed and the lights went dark. 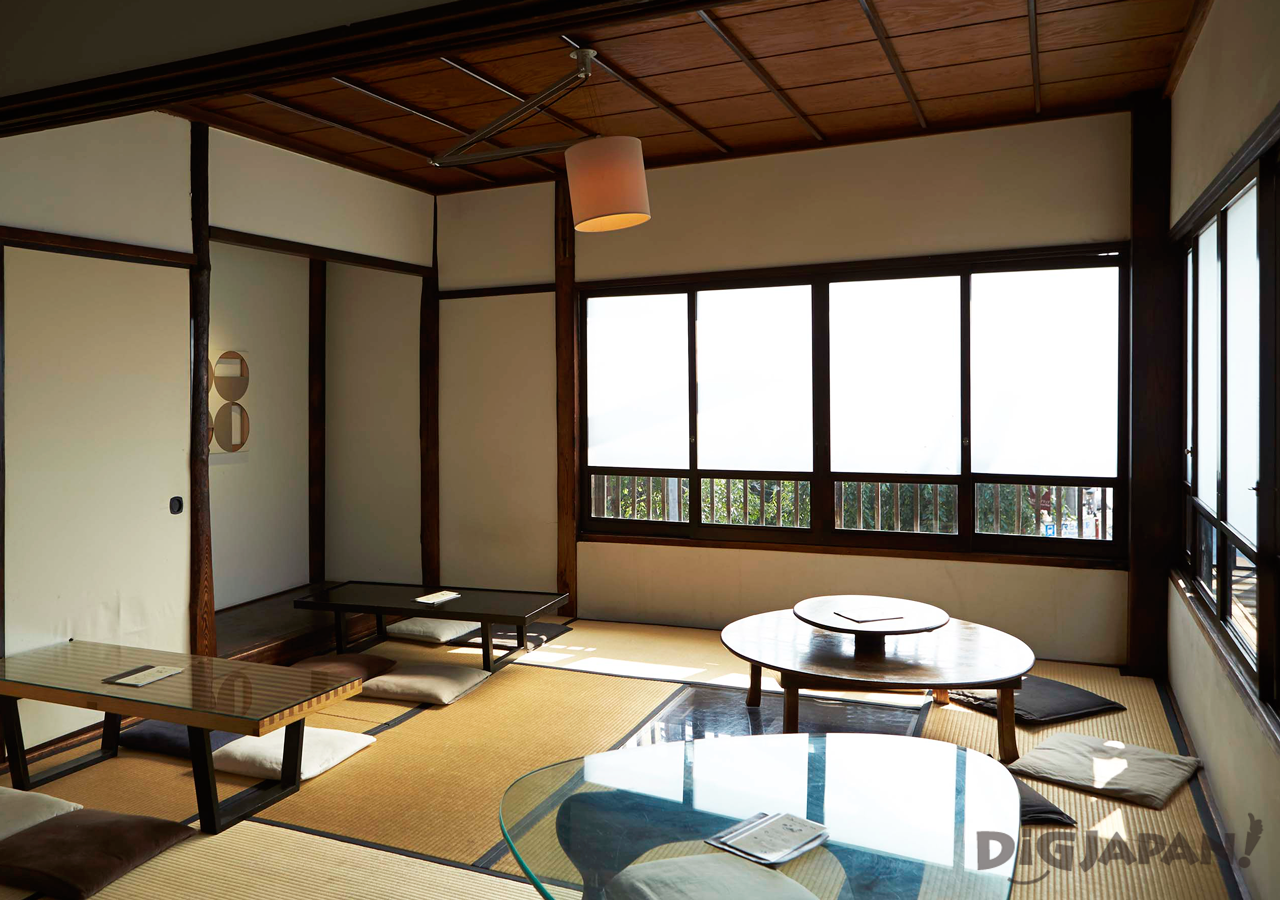 The second floor of Kayaba Coffee has tatami mats, inviting guests to stretch out and relax.

But this was not the end of Kayaba Coffee. In the autumn of 2008, the non-for-profit Taito Cultural & Historical Society and SCAI THE BATHHOUSE renovated the building in consultation with the Kayaba family as well as local residents, and the store was reopened in September of 2009. Now it’s not unusual to see the line of people waiting to get in on the weekend stretching down the street. 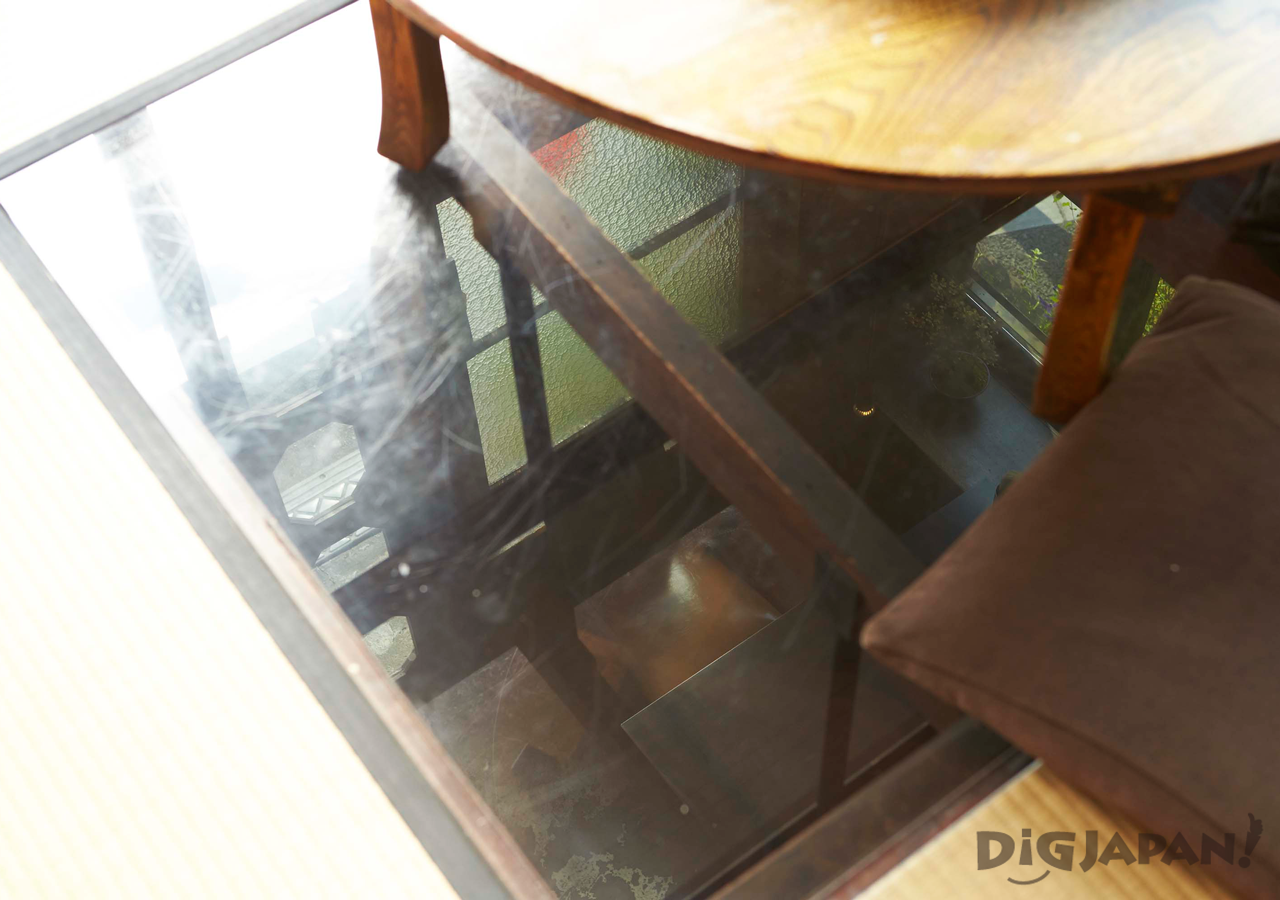 A section of the second story floor has been cut away and replaced with plastic so you can take a peak at how things on the first floor are doing.

Starting with the building’s original façade, many items from the original Kayaba Coffee made it through the renovations. The beams in the ceiling with their antique Taisho-era stain are still there, now protected by a drop ceiling made of glass. Sections of the tatami mats on the second floor have been replaced with thick plastic so you can see down to the second floor. The small sign out front, the chairs, even the white coffee cups are the same as when Mr. Kayaba himself was running the shop. The menu features popular items from the original menu such as the “Russian” (coffee mixed with cocoa) and the egg sandwich. It also includes new inventions such as a drink called “Yanaka Ginger” (a play on the name of Yanaka Jinja Shrine). 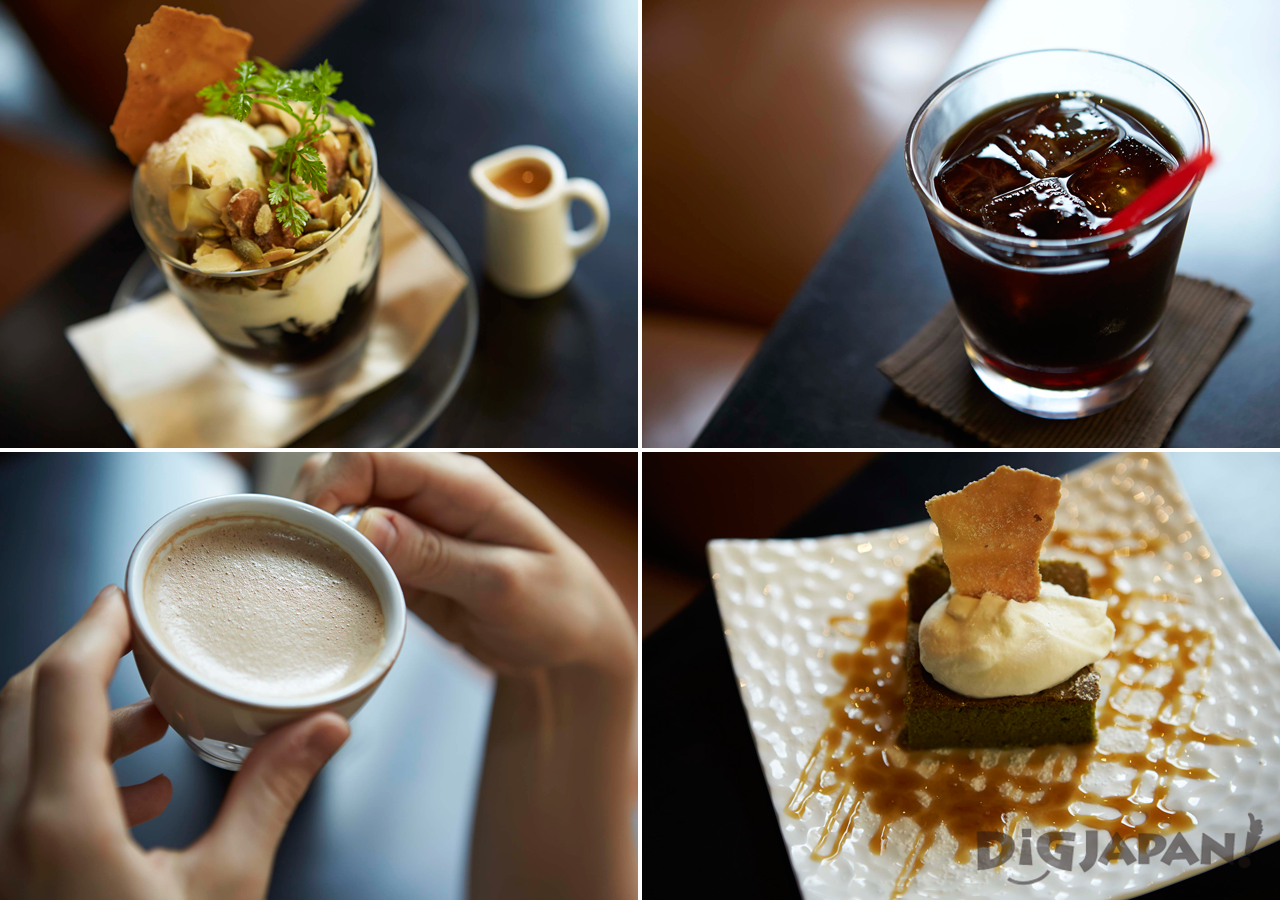 
Kayaba Coffee is very particular about sourcing their ingredients and often buys from vendors in the Yanaka area. With such attention to detail, it’s not surprising that everything on the menu is amazing. It is the opinion of this author that you really need to try the coffee parfait. The base of coffee jelly is topped with rich vanilla ice cream, bits of chocolate biscotti, whipped cream, and a mix of nuts and seeds. On the side is a small pitcher of espresso to pour on as you like. It is a coffee lover’s dream. It’s also made-for-Instagram gorgeous. 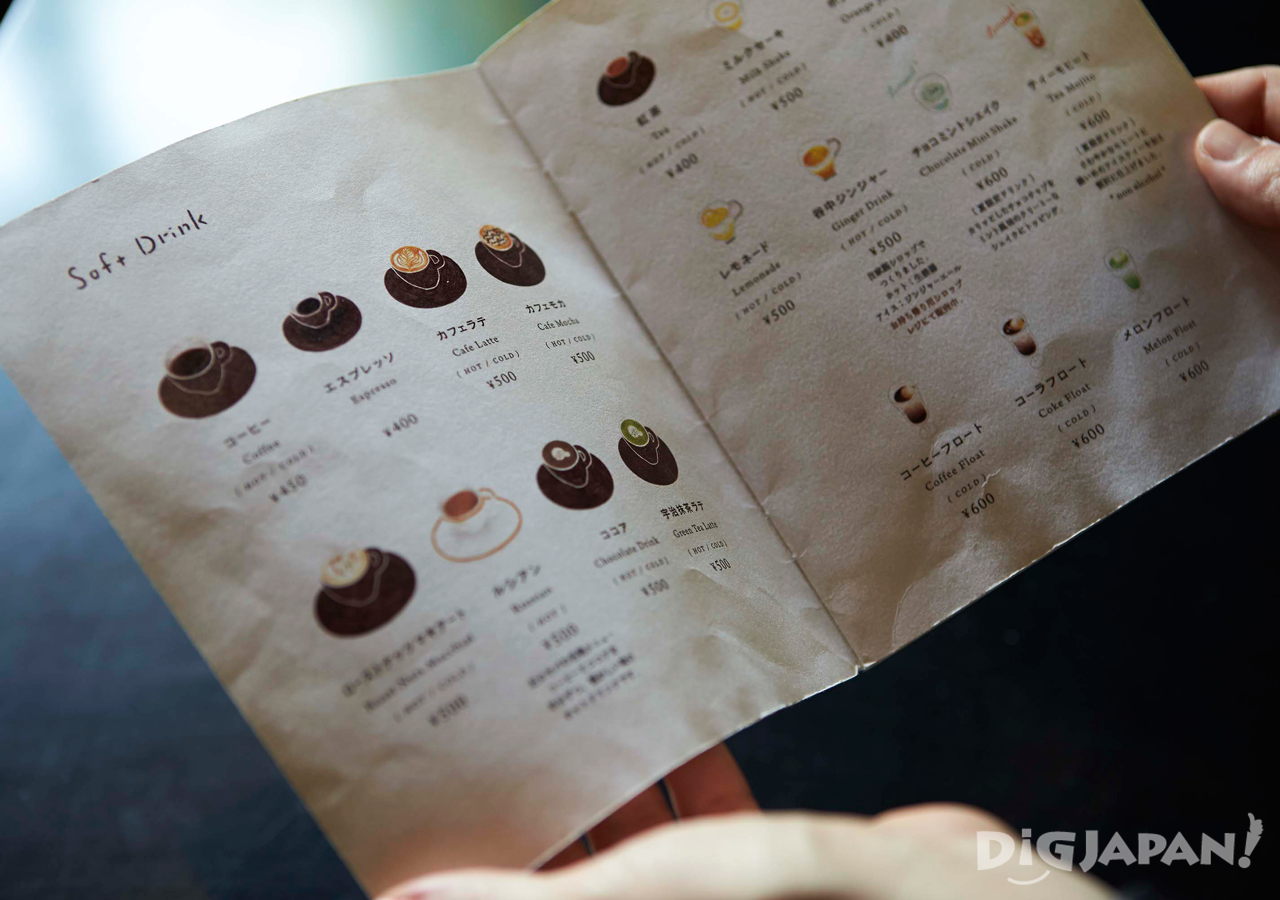 The hand-drawn menu at Kayaba Coffee. The Russian and the egg sandwich were favorites from the time when Mr. Kayaba was running the shop.


Kayaba Coffee is more than just a place to get a good cup of Joe and some cake to go with it, though. It’s a place of collective memory that outlasted natural disasters and war, a place that so many people felt needed to be preserved. It’s not a fossil, though, or a museum. It’s retro, but still connected to the present through creative touches like its unique lighting design and stylish hand-drawn menu. Young or old, Kayaba Coffee feels like everyone’s coffee shop. So if you’re in need of a caffeine fix while in Tokyo, skip the Starbucks and spend an hour or two immersing yourself in the local culture at Kayaba. 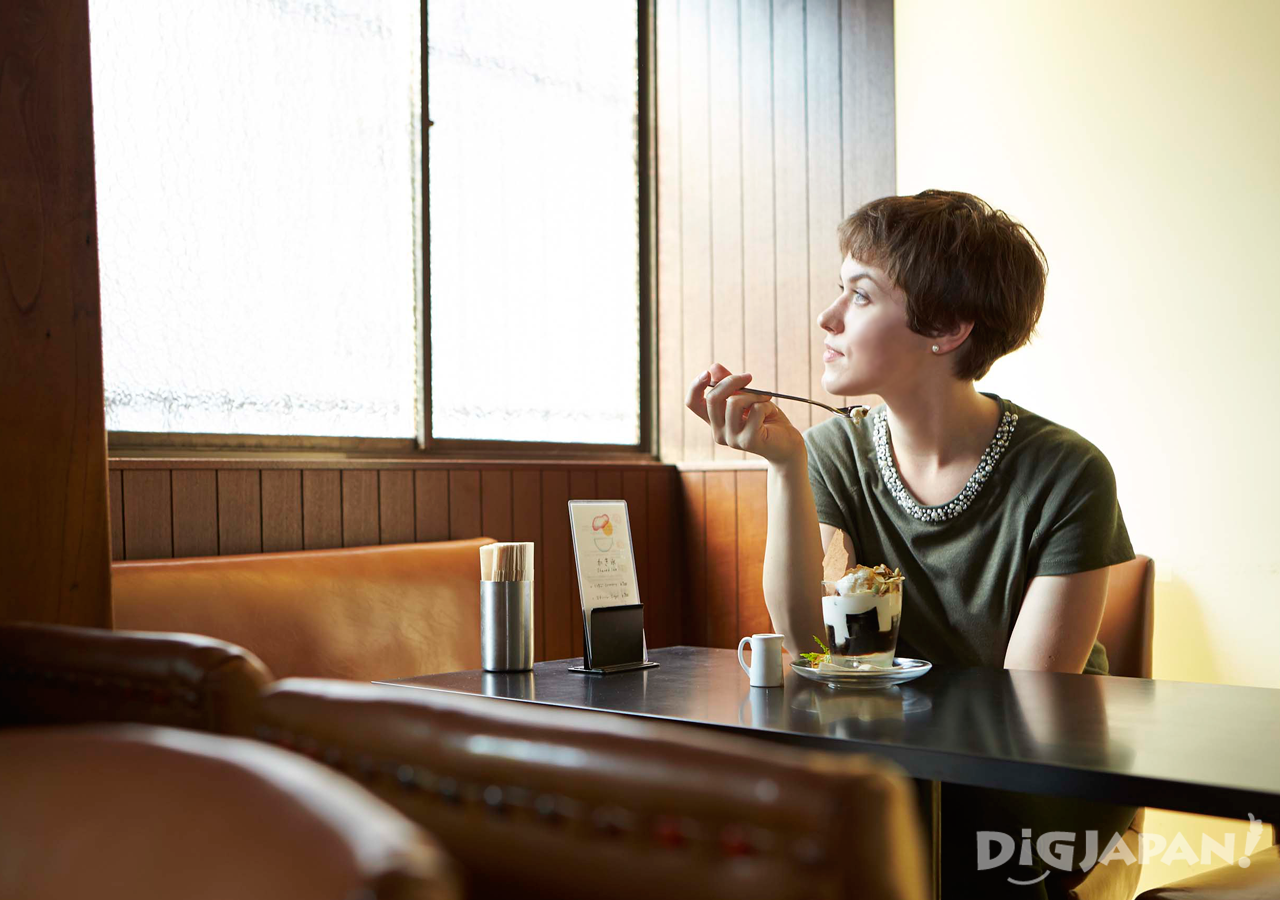 It's easy to spend the afternoon here lingering over coffee (or a parfait). 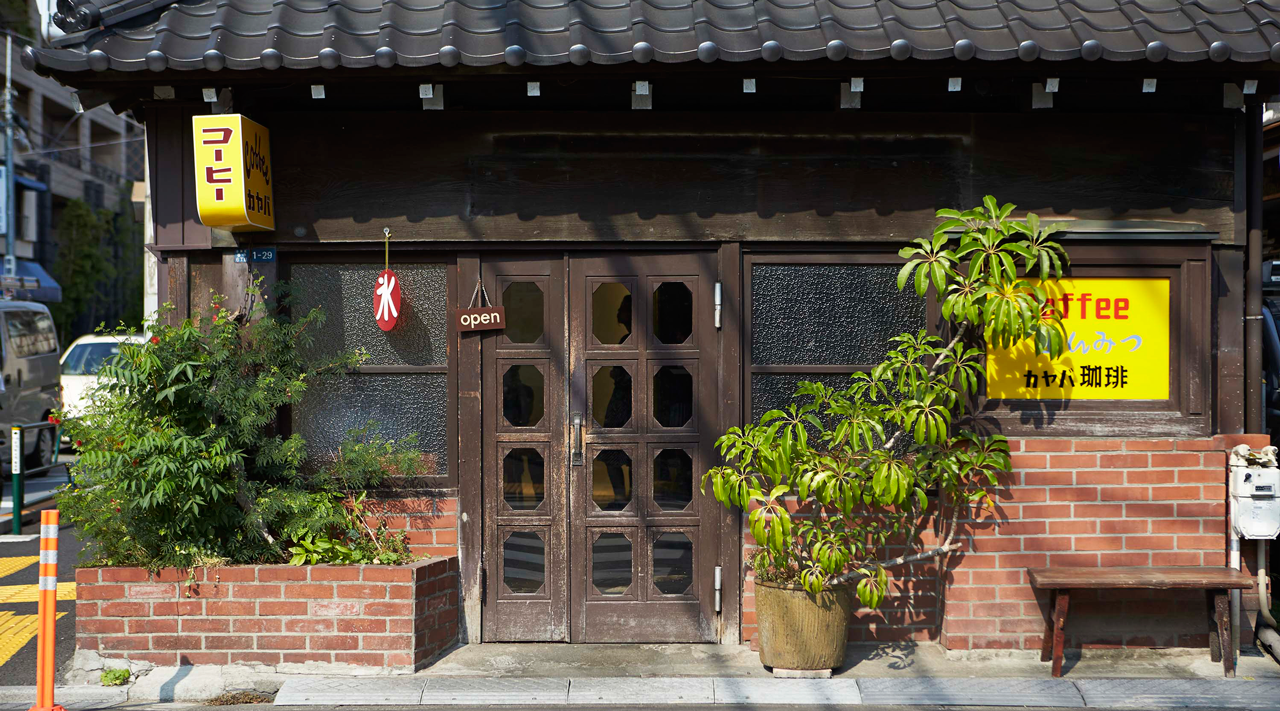 The outside of Kayaba Coffee.