Traveling From Home: We Recreated Famous Japanese Landscapes in Miniature

Temporarily unable to travel Japan, I decided that I was going to bring some of Japan into my own house! Inspired by the many miniature artists that share their work on social media, I started a little project: I picked three iconic views of Japan and recreated them in miniature using whatever I could find in my house and the nearby grocery store. I had a lot of fun doing it, and I hope you enjoy it as well.


1. The Fushimi Inari Shrine in Kyoto 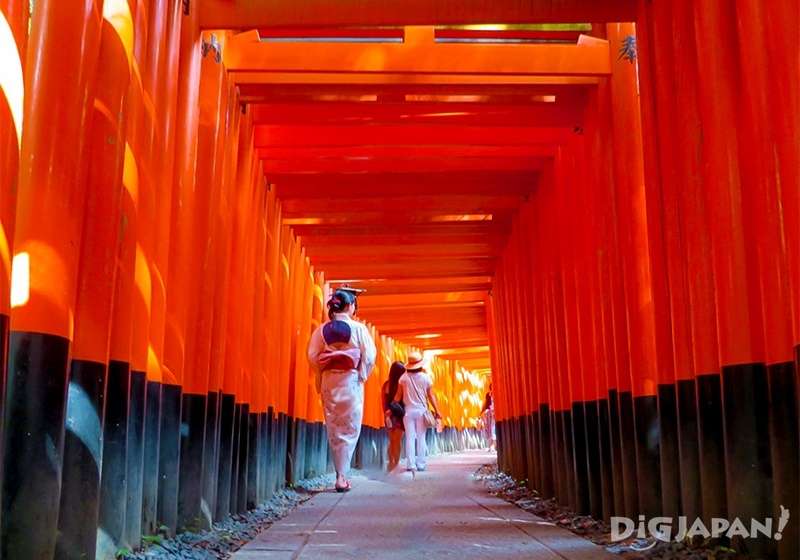 The seemingly endless vermillion gates of this Shinto Shrine are one of the many must-see destinations in Japan. This path is an actual hiking trail that leads to the top of the sacred Mount Inari. I thought it would be fun to try and recreate not only the structure, but also the atmosphere of this place. 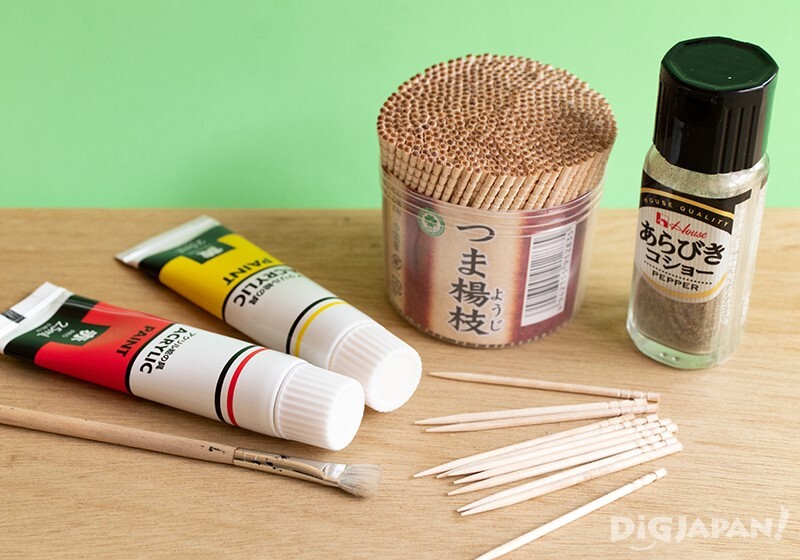 The materials I used for this picture are simple. To recreate the torii gates I chose to paint some toothpicks. Ground pepper proved great as the gravel at the foot of the gates. For the central path, I simply printed a light stony pattern on a piece of paper and drew some lines on it with a pencil. 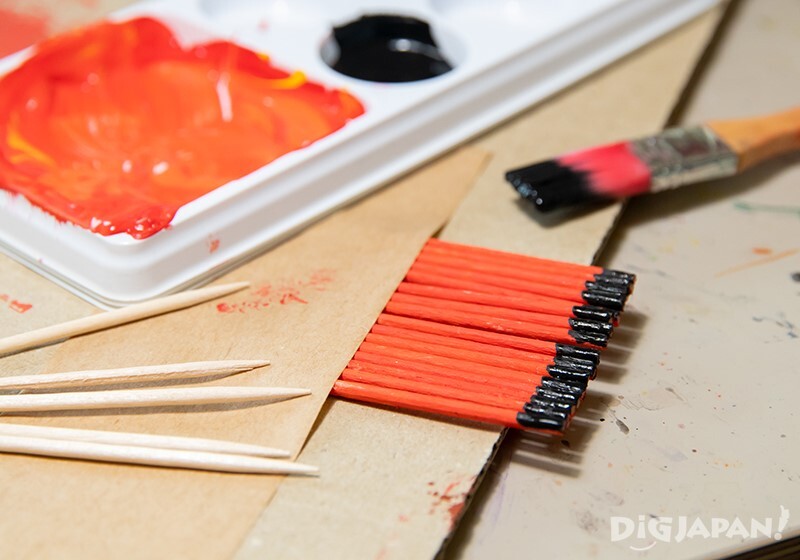 First I needed to give the toothpicks a makeover. 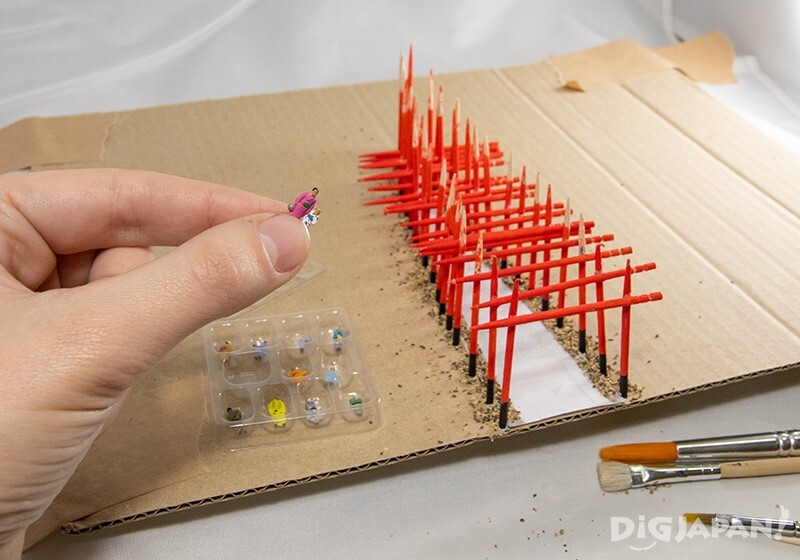 Gluing and placing the gates was definitely the longest part. When they were finally in place I added some miniature people for a final touch... 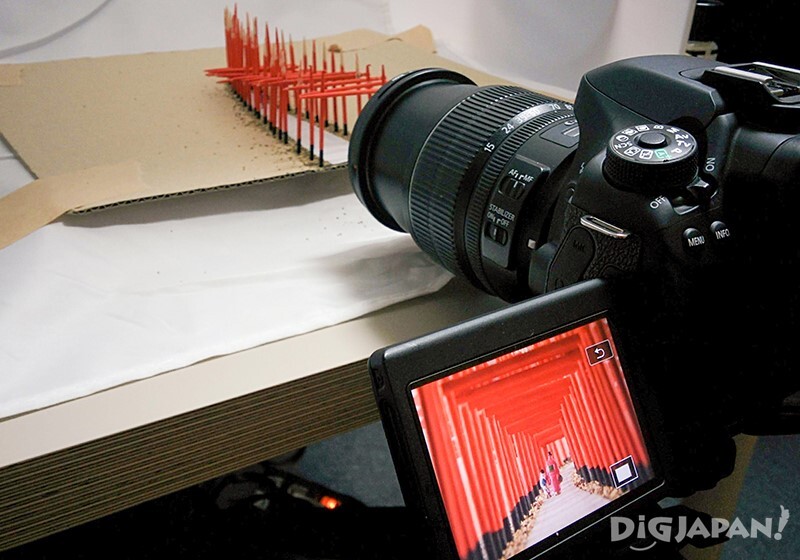 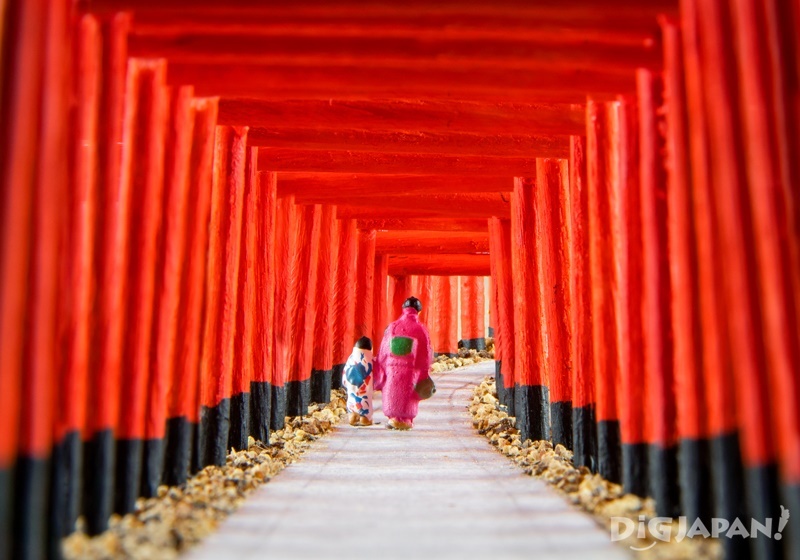 Here it is! Miniature toothpick torii gates! Do they look endless? 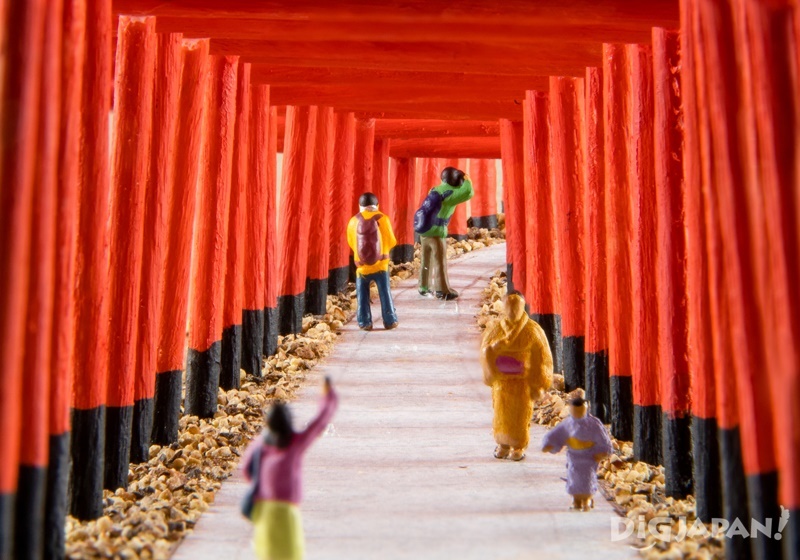 I had fun using different miniatures. So many tourists!


2. The Wedded Rocks of Ise 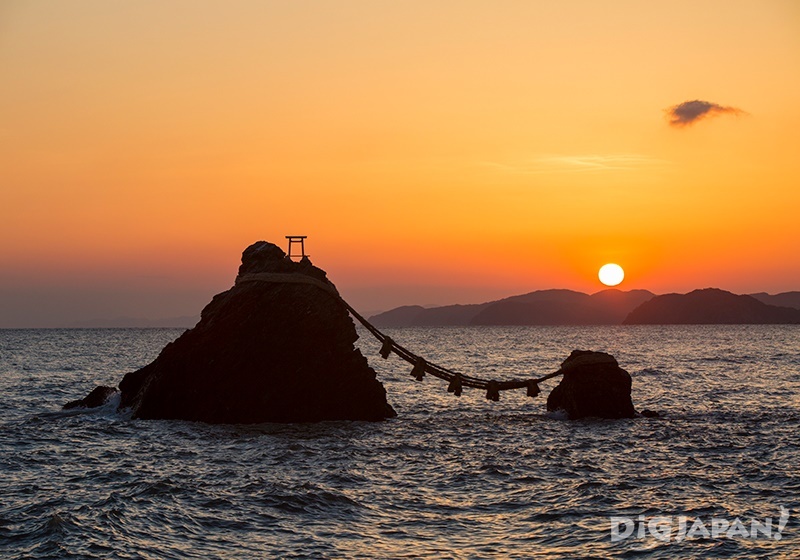 For the next miniature view I chose a sunrise over the Meoto Iwa (wedded rocks) of Ise. These sacred rocks stand in the ocean near the Futami-Okitama Shrine in Ise City. The rocks are bound by a ceremonial rope called shimenawa.
This landscape definitely has more elements than the first one and I thought it would be fun to figure out what kind of things I could use! 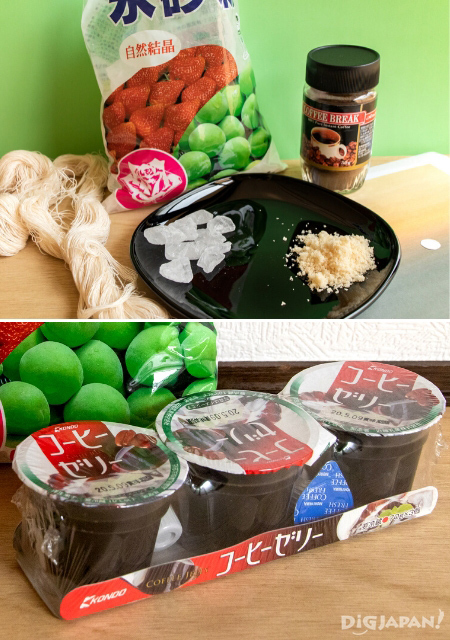 The shot ended up having a coffee theme: I used coffee jelly for the ocean and instant coffee for the mountains in the background. For the two rocks I found white rock sugar to be just perfect. Basting thread was a good candidate for the  rope and I printed an orange-to-purple background for the sunrise sky. I also wanted to make a version with some shore and people in it, using brown sugar. 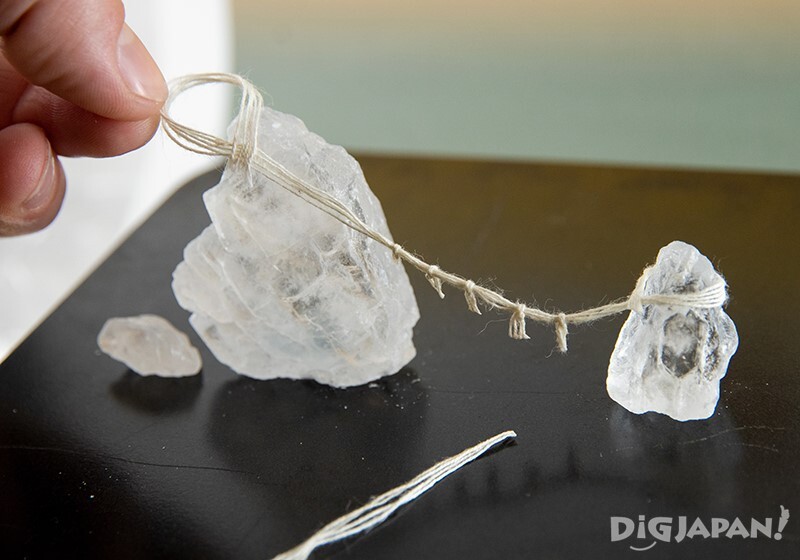 First I chose the best sugar pieces for the rocks and set them in place. Tying the tiny rope took some trial and error, but I got something close enough in the end. 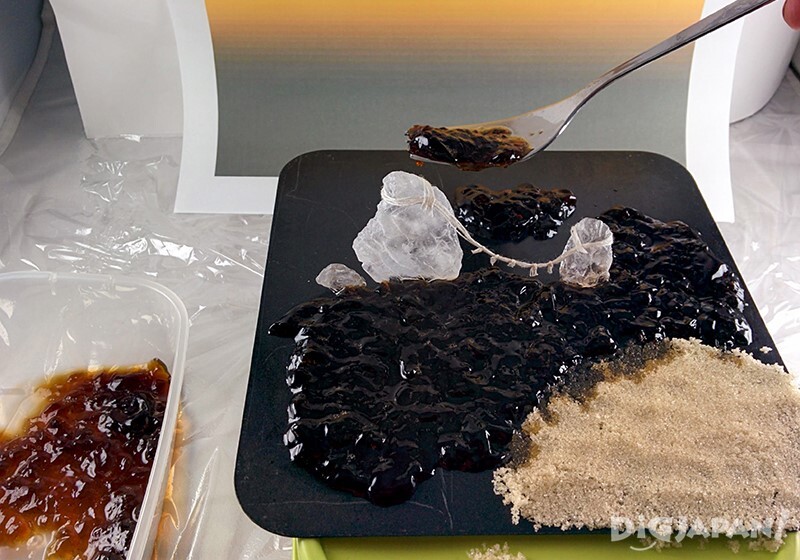 The coffee jelly worked great. It was compact enough to stay where I placed it and gave me a really nice ocean wave effect. 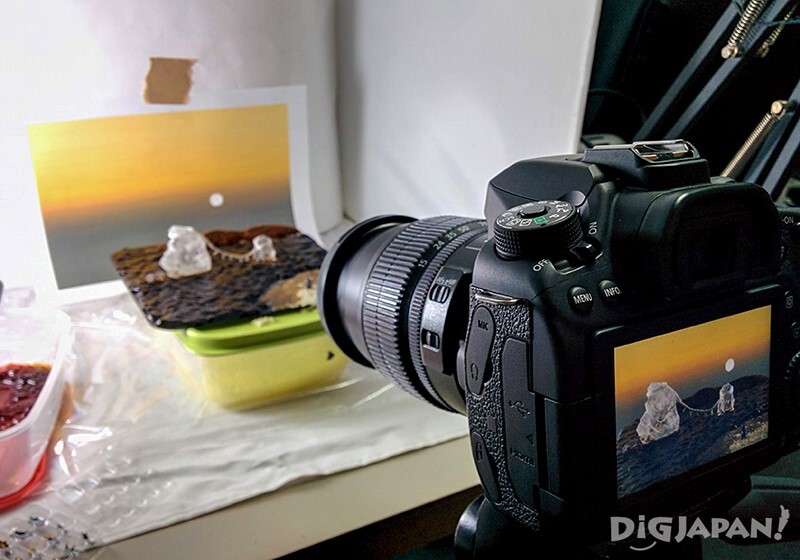 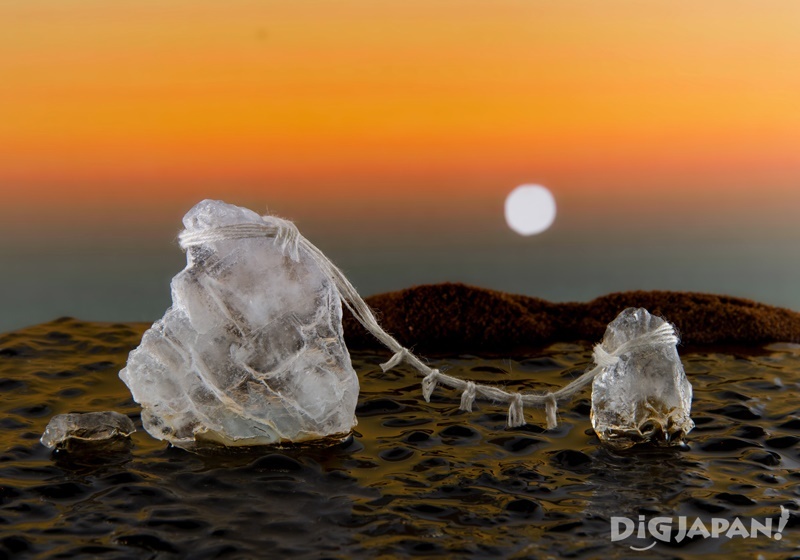 And here's my tiny sunrise over the wedded sugars! 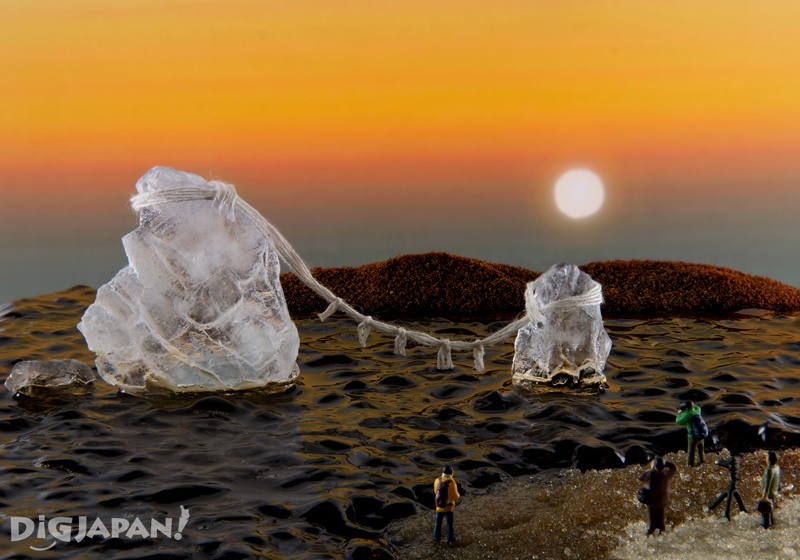 I also tried a shot with a group of photographers on the shore, intent in capturing the scene.


3. A View of Mt. Fuji From Lake Kawaguchi 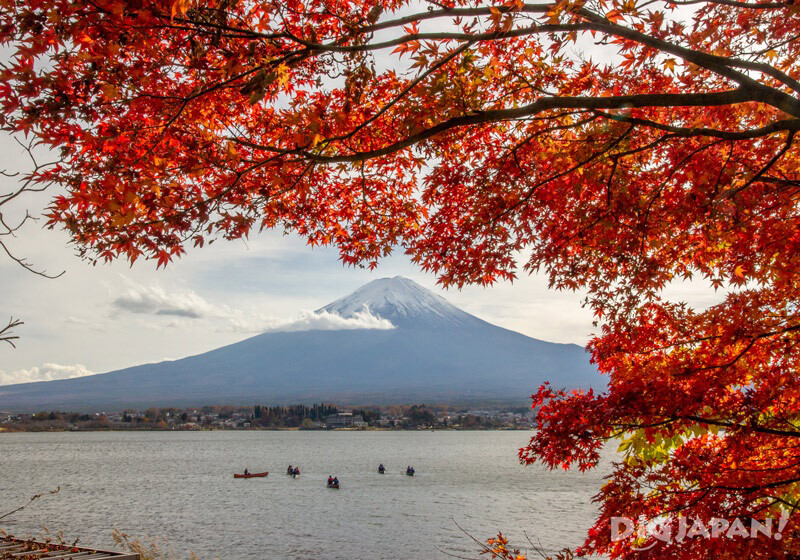 For the last shot I felt like I couldn't leave out Japan's favorite volcano. So after poring over many beautiful views of Mt. Fuji I settled for one of lake Kawaguchi during the Fuji Kawaguchiko Autumn Leaves Festival. This particular one also has boats with people in the water. 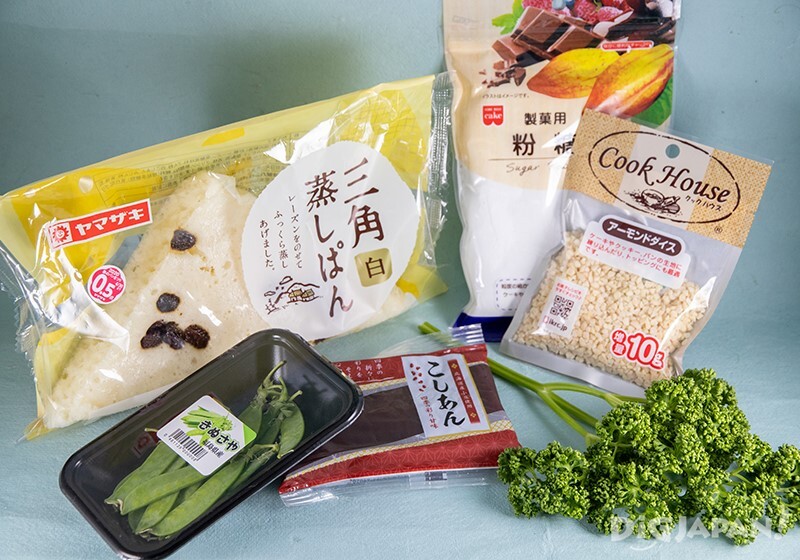 This time I decided to take a different approach to the water. It's very still with a grey hue to it, so I opted for some crumpled baking paper. Pea pods looked perfect for the boats in which I put my tiny people. For Mt. Fuji, after 45 minutes of scouting my local supermarket, I settled on a triangular fluffy bread. The plan was to cover it in anko (sweet red bean paste) and sift some confectioner's sugar on the top for the snow. I also used the anko for the shore, adding some crushed almonds for the buildings. Finally, for the autumn leaves I decided to try using parsley. 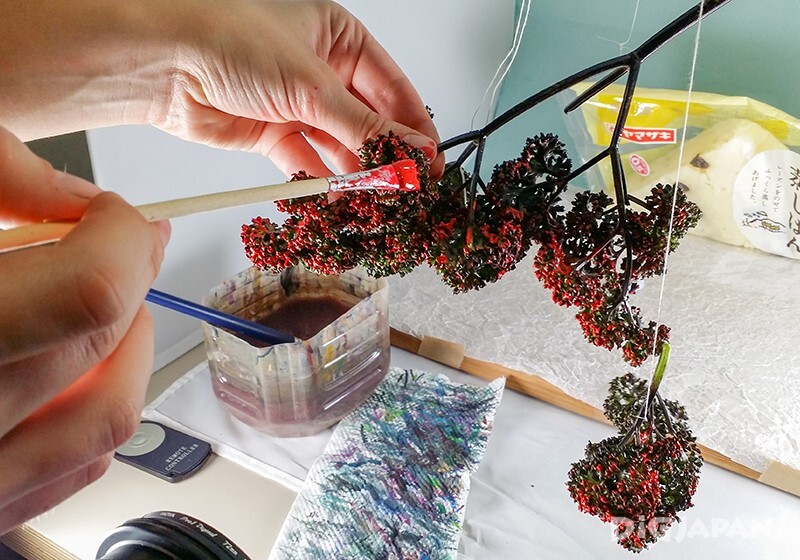 After painting the parsley in red and yellow I had to find the perfect position. 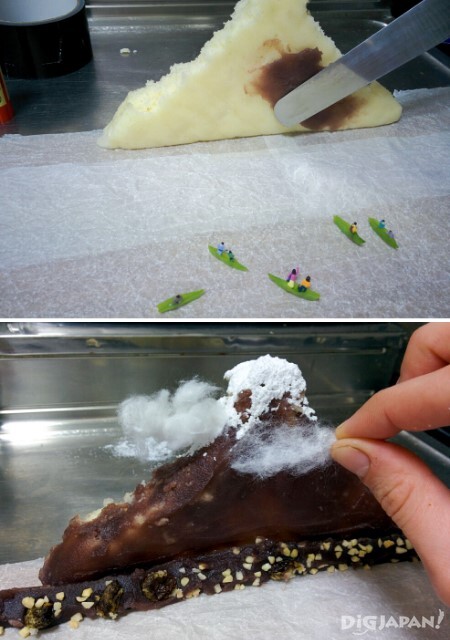 The miniature boats came out very cute. I added some cotton for the clouds around Mt. Fuji. 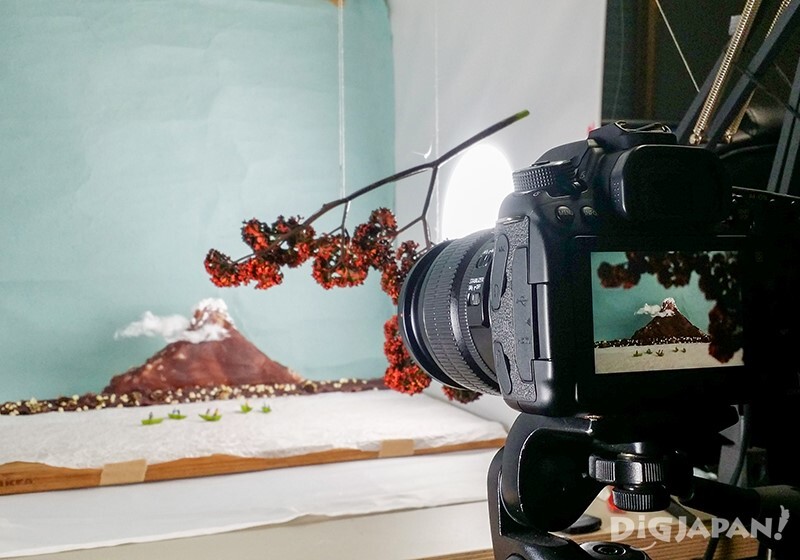 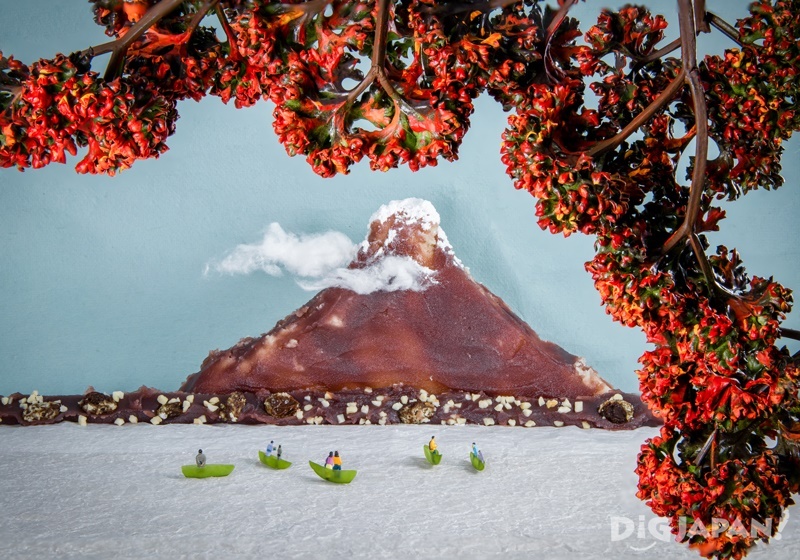 Here's the finished result! This one was tricky but I like how it turned out. And I got to eat Mt. Fuji after the shot. 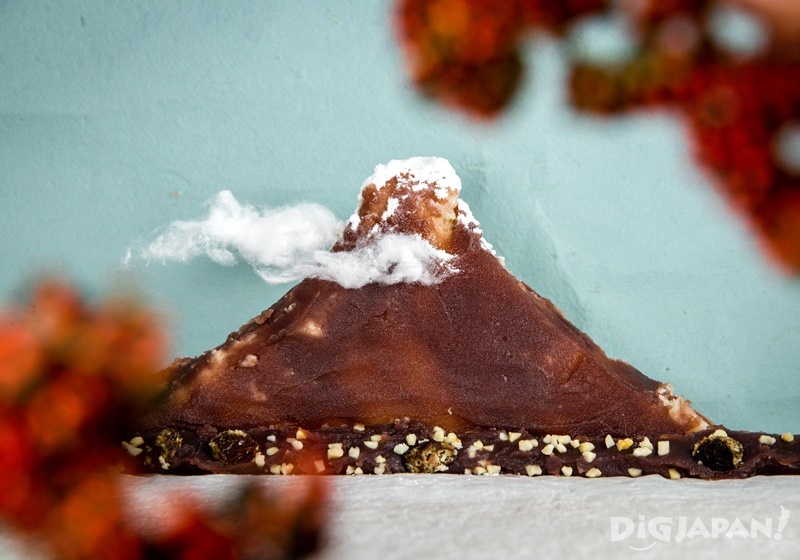 I tried a variation with just the mountain.


This was a very fun project! Having to recreate a location made me pay attention to little details that would normally go unnoticed. Aside from being fun, taking these pictures made me appreciate the beauty of these locations even more. I hope I get to recreate other ones in the future! 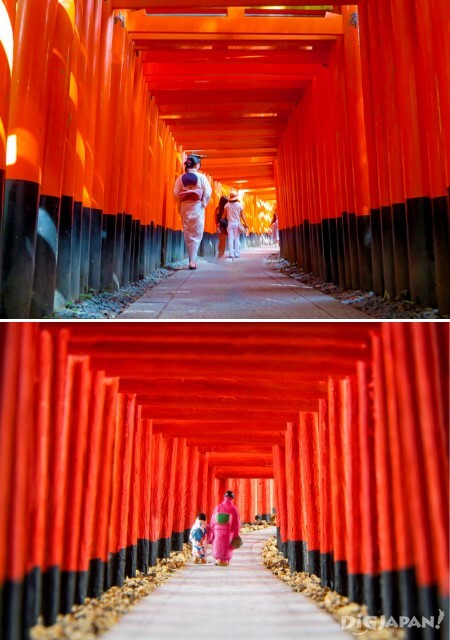 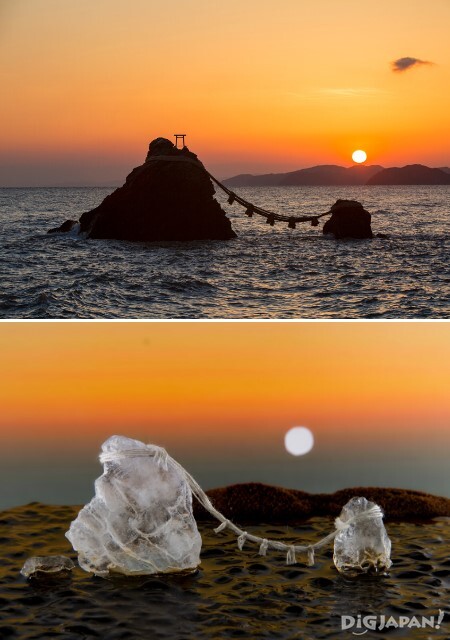 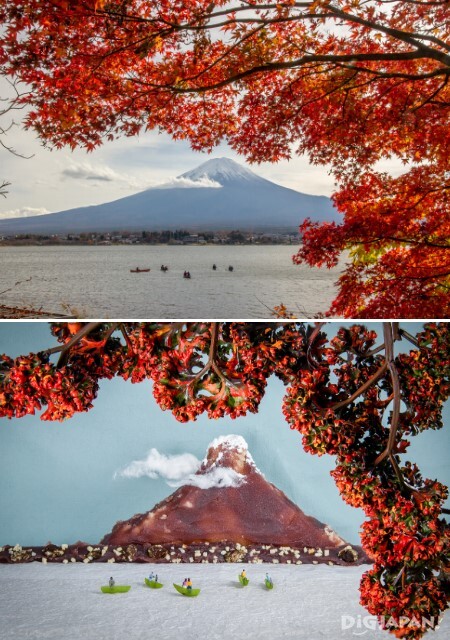 *The above article is based on information from April 2020.

THIS ARTICLE IS BASED ON INFORMATION FROM 05 13,2020 Author：DiGJAPAN! Editorial Team